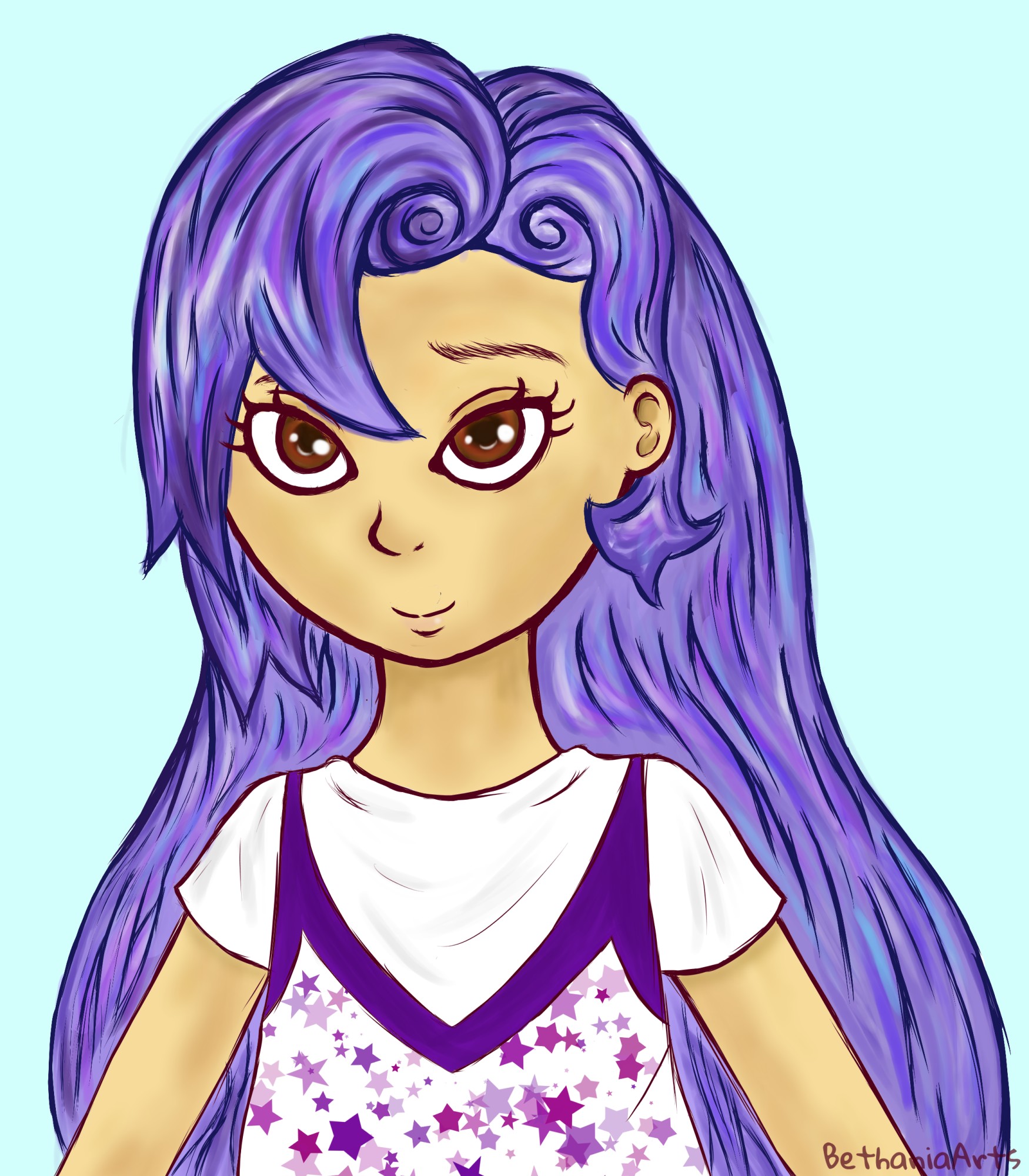 I tried drawing Ellie from Sakura Yume. I still need to work a bit more on my colouring but it’s still adorbs X3 The original artist does a MUCH better job of capturing Ellie’s true cuteness.! Also if you haven’t read the comic, go and read it now! It’s the cutest thing ever about a trans-girl! 😭😭😍 Buy the comics: https://www.etsy.com/shop/SakuraYumeComics

T.E.R.F War: Chapter 4 – “G.A.T”   I let out a huge gasp as my eyes flew wide open. I could feel my heart racing. The first thing I saw as I open my eyes was a girl standing over me with her hands directly on my stomach. Remembering it now, it was where I was critically injured. Where I got stuck with that electric bolt from that crazed girl…

I probably shouldn’t be fueling my addiction (lol), but does anyone have any otome games or dating sims they want to recommend?   I finished making this comic at the last minute, and I’m not sure that it’s going to be as well received as the last one. But maybe that’s just because my self-esteem has been a little low because of real life stuff. I should feel happier soon.

I’ve been itching to make this one for quite a while lol. It was inspired by a meme I made that got a ton of shares and likes on a transgender meme page, so why not recreate it and make it even better XD 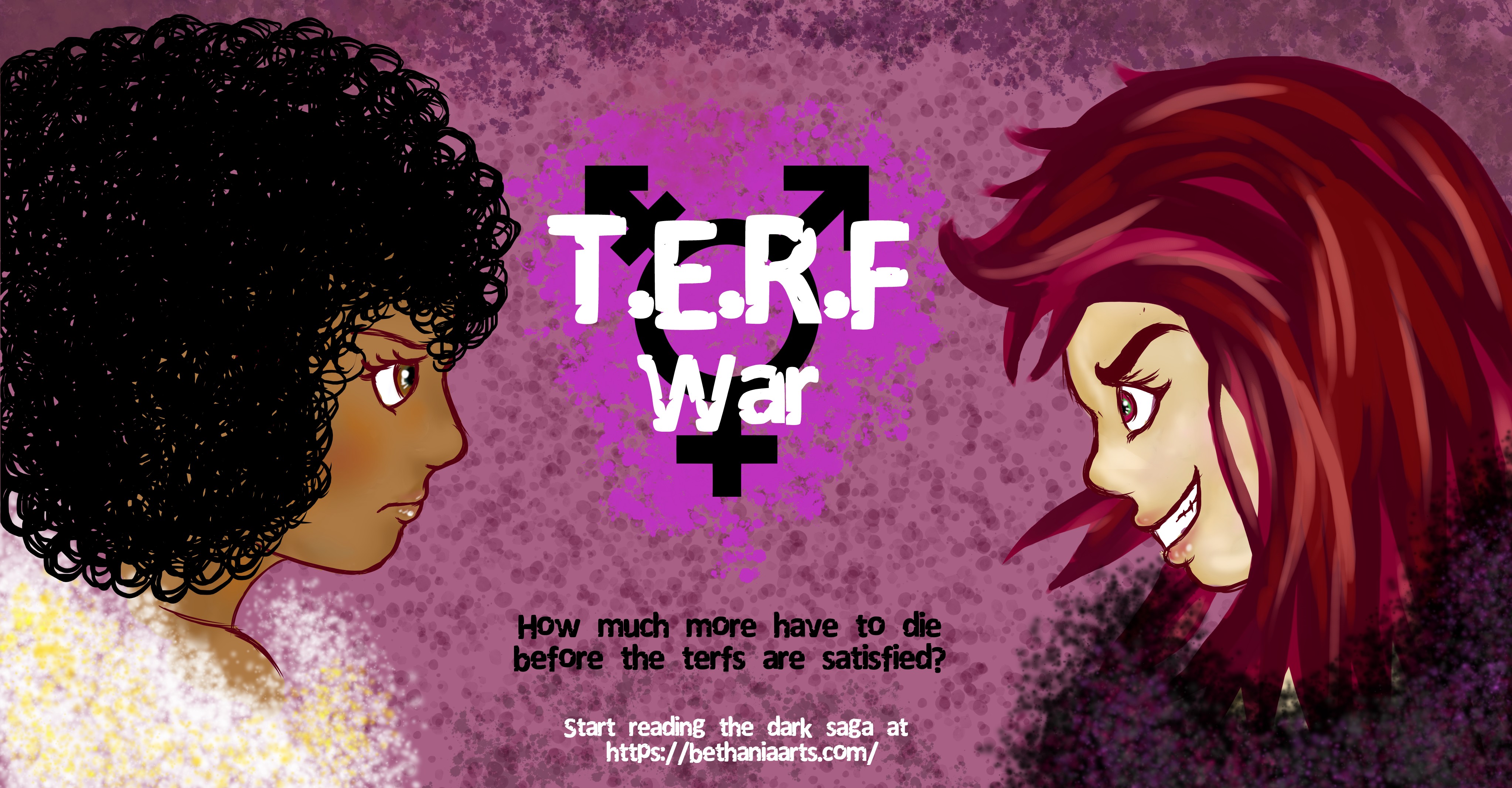 No doubt about it, I REALLY love how this came out! (｡♥‿♥｡) It captures the book I’m writing perfectly! More content coming later today.   It’s much better than how this one turned out, but then again I was still experimenting with OpenCanvas. 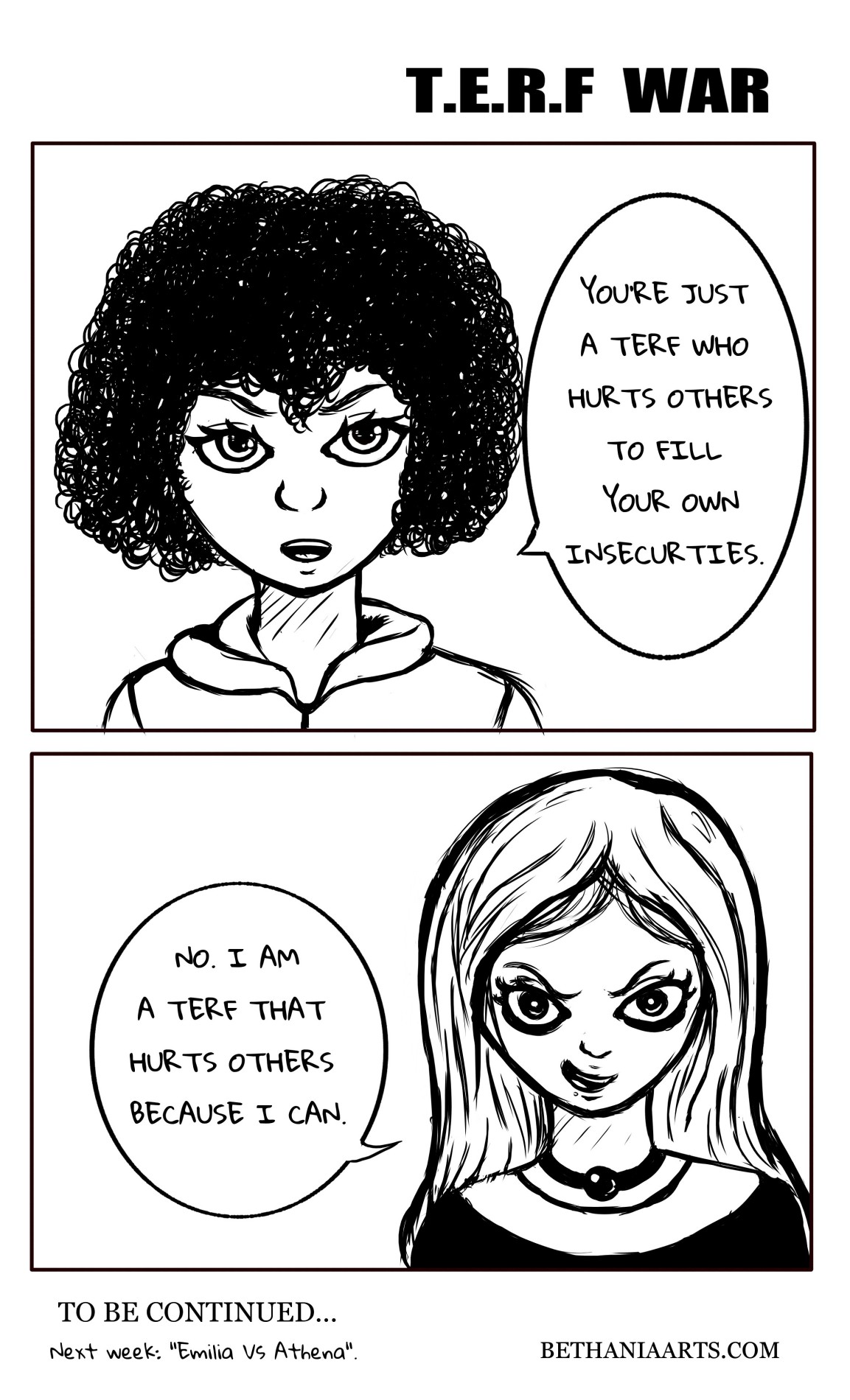 I had a lot of fun making this yesterday. This is Emilia (the protagonist) and Athena (the antagonist) from the TERF War story on my website. Of course, this isn’t something that has occurred with in the story yet, but it will happen  I just made this scene since I’m hoping to get more people to read it and leave any positive feedback. Also I freaking love OpenCanvas. The line strokes are… 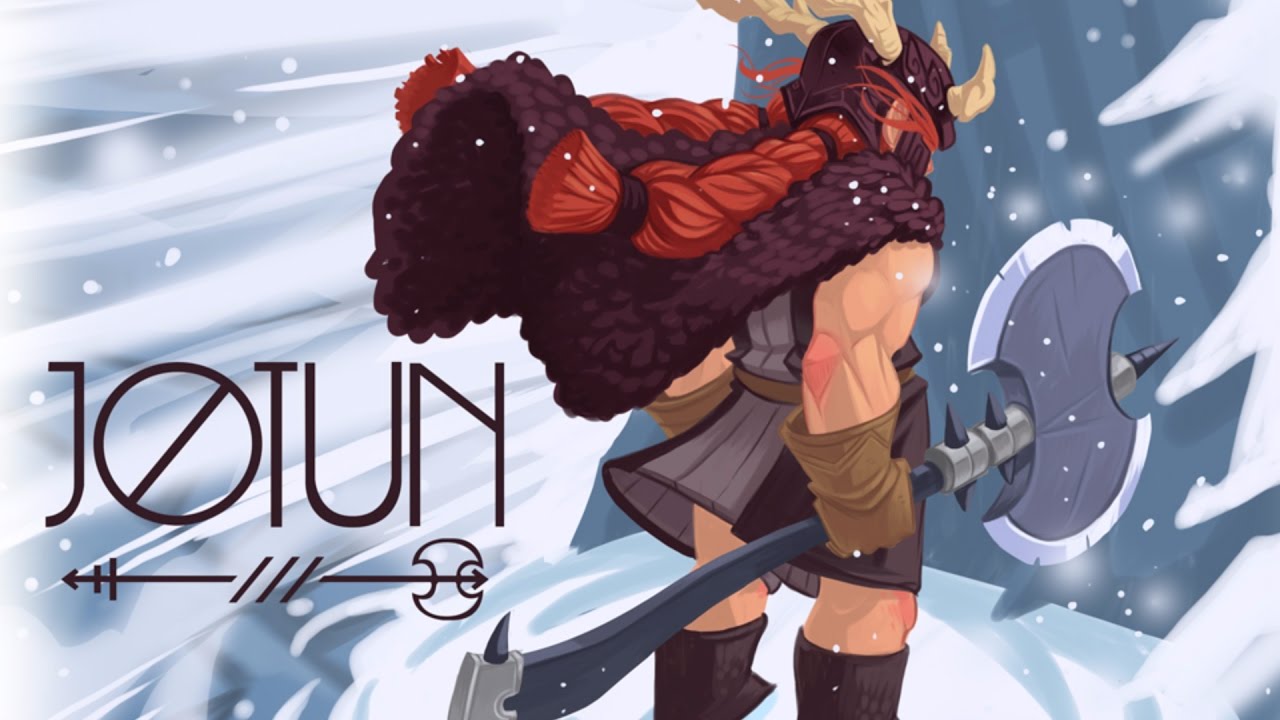 I honestly think that Jotun: Valhalla Edition is my favourite “difficult” game of all time, and that’s coming from someone who hates difficult games. I got this game for free in some kind of giveaway and I almost feel guilty that I didn’t pay for it myself.   From the Steam page: “In Jotun, you play Thora, a Viking warrior who died an inglorious death and must prove herself to the Gods…

My comic entry for XP-Pen's 4-Koma contest :3 My partner and I are hoping to move to their hometown, Sudbury, later this year. Also this is our cat! ... See MoreSee Less

Hey hey! Did you all miss me? Here's the next Interabled comic with Flower and I.I have more ideas for the next ones so hopefully, I can get to them quickly. <3 ... See MoreSee Less

Hey hey! I'll like to introduce you to my new comic series, Interabled, featuring myself and my non-binary partner; Flower. It will primarily be comics about our relationship/living together.This is the first comic I've done since more than a year ago, and as you may know, it started with housing issues and having to resettle to Canada. I'm seeing a doctor about my lack of focus and the headaches, but for now, it seems like I was able to regain some focus to do start this comic. Hope you like it and hope everyone has been safe during the pandemic <3 ... See MoreSee Less

I probably should have let you all know about this sooner, but I haven't been well for the last few months. I've been suffering from headaches and have been unable to focus on anything. I was hoping it would have just gone away by now, but it doesn't seem to be so I'll see if it's something a doctor can help me with. ... See MoreSee Less
View on Facebook
· Share

This is it! The last chapter of T.E.R.F War - Part II. Please make sure you read Chapter 28 as it talks about Chante's dark past/backstory. Part III will continue with Chapter 30, although I have no date decided as yet. ... See MoreSee Less