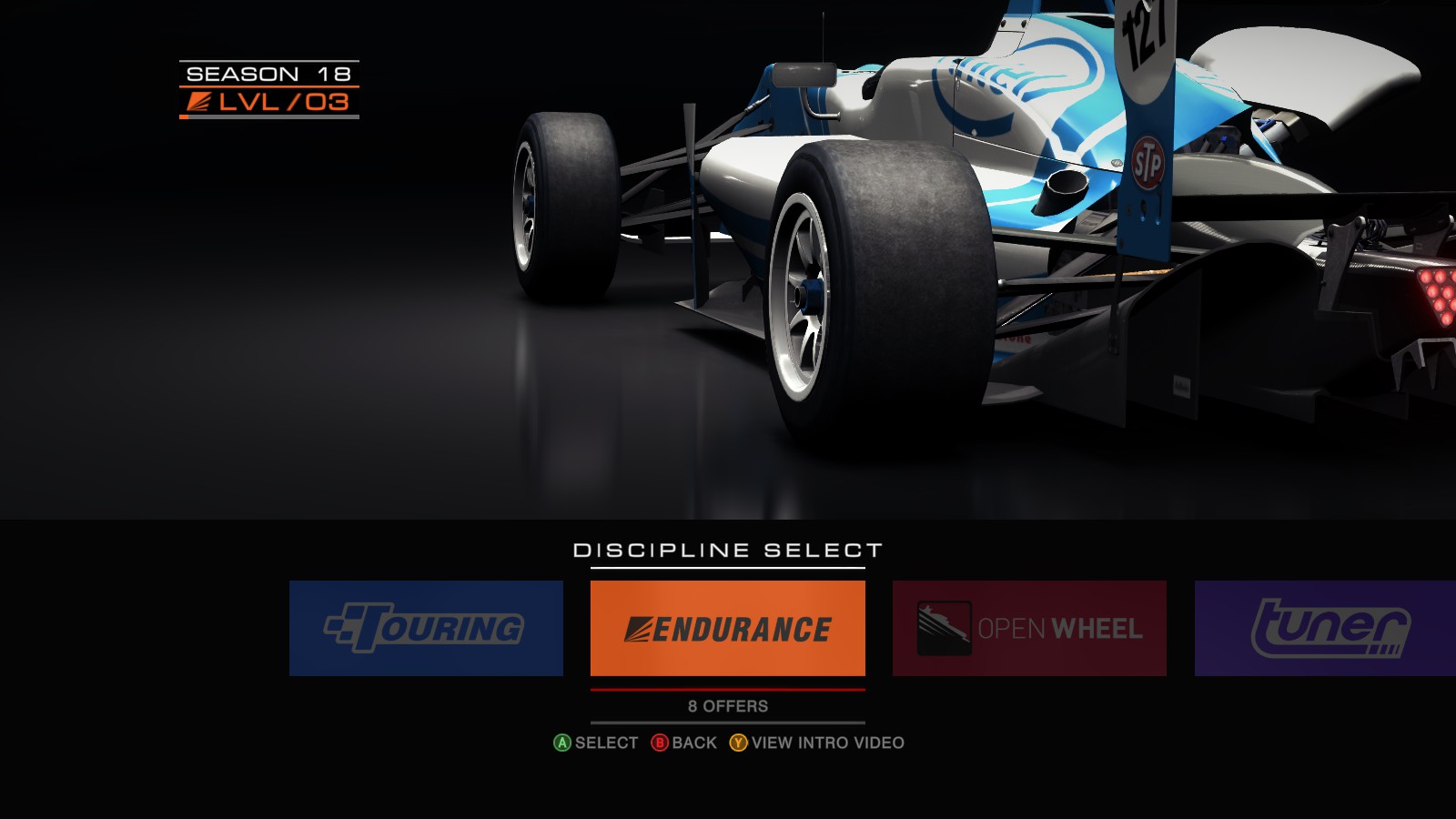 I had already made a review for GRID Autosport on my Steam profile, but aftering spending time revisiting this game, it’s warranted that I re-review the game. My original “very negative” perception of GRID Autosport has changed to that of one more favourable, but it is still not the great experience that it should be.

I will be quoting my original review as I explain and add on to what I originally wrote.

“I don’t get it. How do you start off making one of the best racing sims ever and create games that sequentially get worse?”

Race Driver: GRID isn’t just one my favourite racing games, it is also one of my favourite games of all time. It was the perfect racing sim game for me, even though I highly preferred arcade racers.

Having your manager call you by name felt so darn cool because it was really immersive and Codemasters spending resources on that was what made GRID stood out from its competition. The vehicles handled perfectly, especially if you were more of an arcade racer fan.

I bought GRID 2 because of my enjoyment of Race Driver: GRID, but it lacked key features that made Race Driver: GRID so much fun. Audio names and female names were cut. They didn’t even add a cockpit view in the game, which was baffling and something you would only expect in a Need For Speed title.

This is a good example of why you should read up on a game before you buy it because I couldn’t get into GRID 2 at all since it lacked those decisive features. And unfortunately since I purchased it from a third party website, I couldn’t refund the game on Steam.

Next time I was sure to read up on GRID Autosport before buying it and thankfully, they brought back audios names, even if they were shortened (Racer Driver: GRID called me by “Bethany”, but GRID Autosport only had the shortened “Beth” for Bethany).

In Race Driver: GRID you were able to build your own racing team and take on the other big teams in races. You could name your team, customise your cars with your own unique designs and even hire other NPCs to race with you. Earn a ton of cash racing and you can buy whatever car you need for an event of your choosing. The more wins you got, the more big corporations will sponsor you for completing objectives.

All of that is gone in GRID Autosport. You don’t get your own team or even your own cars. You solely take on offers from major brands and race for them only to receive unlocking tougher events as your reward. It is no exaggeration when I say that the career mode in GRID Autosport feels completely gutted compared to Race Driver: GRID. It lacks all of what made the original GRID’s career mode a joy to play through.

If you don’t care about that stuff and just want to race to your heart’s desire, then I guess this wouldn’t bother you much. However if it does, then you should know what you’re getting with GRID Autosport.

I will admit that I was probably a bit too quick to call GRID Autosport an “unplayable racing game”. How vehicles handled in GRID: Autosport compared to Race Driver: GRID is completely differently. Cars in Race Driver: Grid felt much more light and easy to control, but the handling in GRID Autosport made cars feel heavy and quite uncontrollable.

At first I thought it was just very bad handling implemented on Codemasters part, but what I believe now is that Race Driver: GRID has more “arcade-like” handling and GRID Autosport aims for more realistic handling. Going from Race Driver: GRID to GRID Autosport is a rough transition that will really make you question why the vehicles now feel like their made of lead.

Playing GRID 2 I can say that the cars in that game feel more arcade-like compared to its predecessor.

While it does indeed take time to adjust to the controls and learning how to not make your car feel like it’s having an anxiety attack, the handling of the cars are actually not at bad at all and even arguably quite good. I still prefer GRID’s original handling, but learning to drive cars in Autosport is rewarding in its own right.

Also I wouldn’t bother adjusting the difficulty settings in the menu. While some settings are muchly needed for an enjoyable playthrough, the majority of them won’t make the game play like Race Driver: GRID.

My biggest criticism of this new handling however is that your handbrake is pretty much almost useless since using it in the same way as you did with Race Driver: GRID will make your car spin out like absolute crazy. Then it becomes harder to gain back momentum because your car comes to a complete stop. Your only mercy is drifting and maneuvering with your brakes, which is not as fun.

I’m still wondering why they aren’t any pitstops in at least the Formula One events of the game. Considering how fragile and open to vulnerability that those type of cars have, you’ll find leaving the track scratch free to be a near impossible task that could have benefited from having a repair crew to fix your acquired damages.

At least the F1 cars handle similarly as it did in Race Driver GRID, but that is to be expected as Codemasters has developed numerous F1 games.

One of my favourite things to do in Race Driver: GRID was skillfully driving over the tracks to get significantly ahead of the competition in the race. Of course this wouldn’t fly in a real life event and Codemasters adjusted the gameplay to conform to that.

If you cross over the white lines on the track, you get a penalty that stops your car from moving for a few seconds. It’s really annoying if you’re used to corning cutting in GRID.

I wondered why Codemasters didn’t just cut time off from your overall race time as a penalty, but I think the reason they didn’t do that is because some of the tracks in the game can be easily broken if this kind of penalty wasn’t in place.

The graphics are good, but…

…they’re not as impressive as it seems in the game’s trailers and screenshots, so don’t be fooled. At first I thought the graphics were bad, but that was because I thought this was a current gen game. GRID Autosport was actually released last generation in the middle of the transition to the 8th generation gaming consoles (2014). So I would say it looks pretty good when it was released, and it’s obviously a step up from Race Driver GRID which released in 2008.

Um, what is with that cockpit view?

As for as cockpit camera views go in racing sim games, this is worst I’ve seen. The view looks like it’s cut in half as the steering wheel is only half visible. You can’t even see your feet like you did in Race Driver: GRID. It’s not a dealbreaker and you’ll probably ignore it eventually, but at the same time it’s still an annoyance.

It should have been better.

Most of my problems with GRID Autosport in my original review are still there. Transitioning from Race Driver: GRID to GRID Autosport only highlights the game’s issues even more. There should be so much more to this game but Codemasters just disappoints with this latest entry into the GRID franchise. It lacks a lot of what made Race Driver: GRID an awesome experience and anyone who doesn’t like the game is rightfully justified.

But while GRID Autosport underwhelms, it’s still a competent game for both casual and hardcore players of racing sims. It’s satisfying enough that I play it often for when I want to sate my racing itch. It’s not as good as I hope it would be, but it is a good filler game while I await to see what Codemasters does next with the GRID franchise.