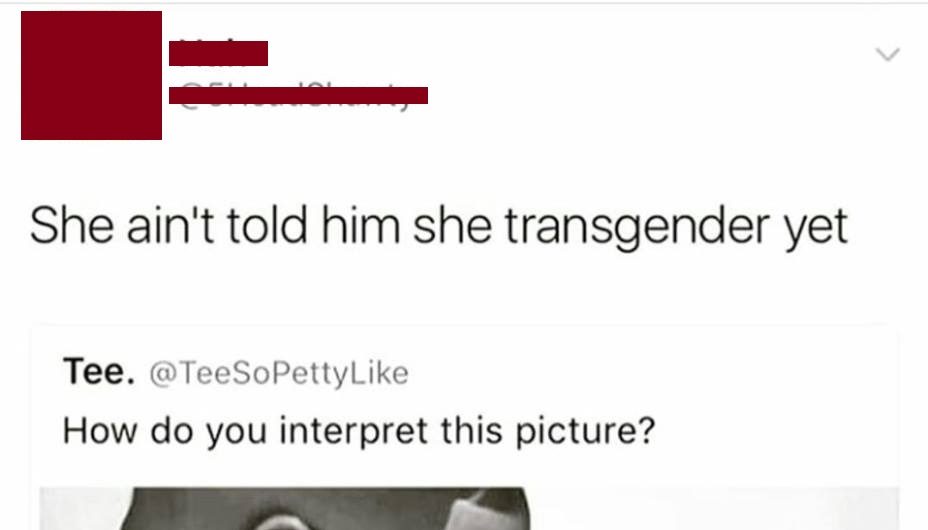 If anyone here has a transgender friend, please don’t share this.
A friend of mine shared this caption image on Facebook and I couldn’t help but notice how they and majority of other people found this apparently funny. At first, I played this off as a little joke but then I realised just how damaging this is can be to a transgender individual. 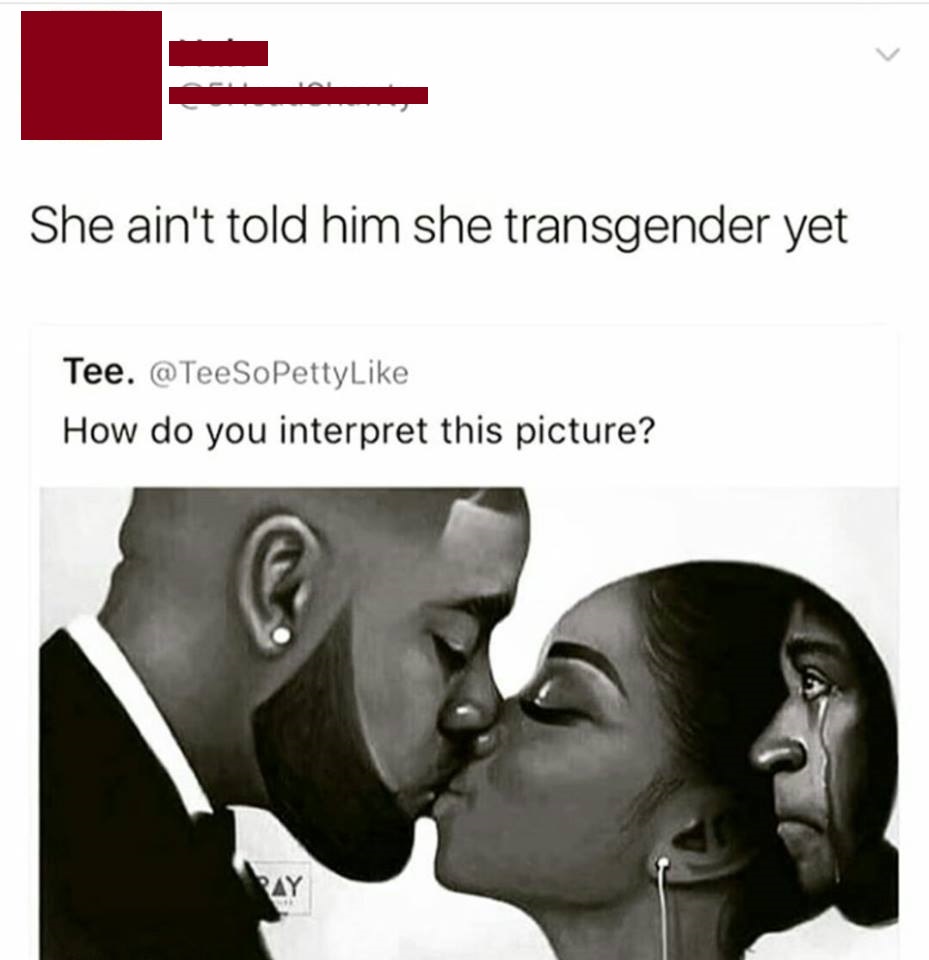 I would like to say first that I can usually take a harmless joke or two, but when you really look at this from the eyes of a trans person, this “joking” caption becomes similar to that of racism.
What the person above is implying is that if the female shown in the picture above is transgender, that person isn’t a woman, but some man in disguise. I’m pretty sure if this person understood what it means to be transgender, she would know that a person’s gender identity represents who they are on the inside and not who they are on the outside. To say that the woman hasn’t told him he’s transgender not only invalidates the gender identity of the individual, but also invalidates the person as a whole.
Remember how I said this “joke” is similar to that of racism? Imagine the races of couple being swapped to the man being white and the black female is now a mixed-race black female. There is also now a crying white female instead of a black crying man. Now imagine the person above saying “She ain’t told him she’s white yet”. That’s clearly racist, right? The person would be implying there’s something wrong with being white and that the female can’t be considered black because she is mixed race, even though her genetics and features are clearly more black/african dominant.
I just want to say that I don’t want people to assume this is me being overly offended at a silly joke. It is in my opinion a damaging statement and others will of course may disagree with me on that. I created this blog to help others understand the perspective of transgender persons and I want to help sensitise persons about the type of “jokes” these can have on other persons.
Do you disagree with me? Or do you agree? Let me know in the comments below and I will be happy to start a discussion.
FacebookTweetPin
Loading Likes... Tagged being trans, LGBT, social media, transgender, transphobia, transphobic