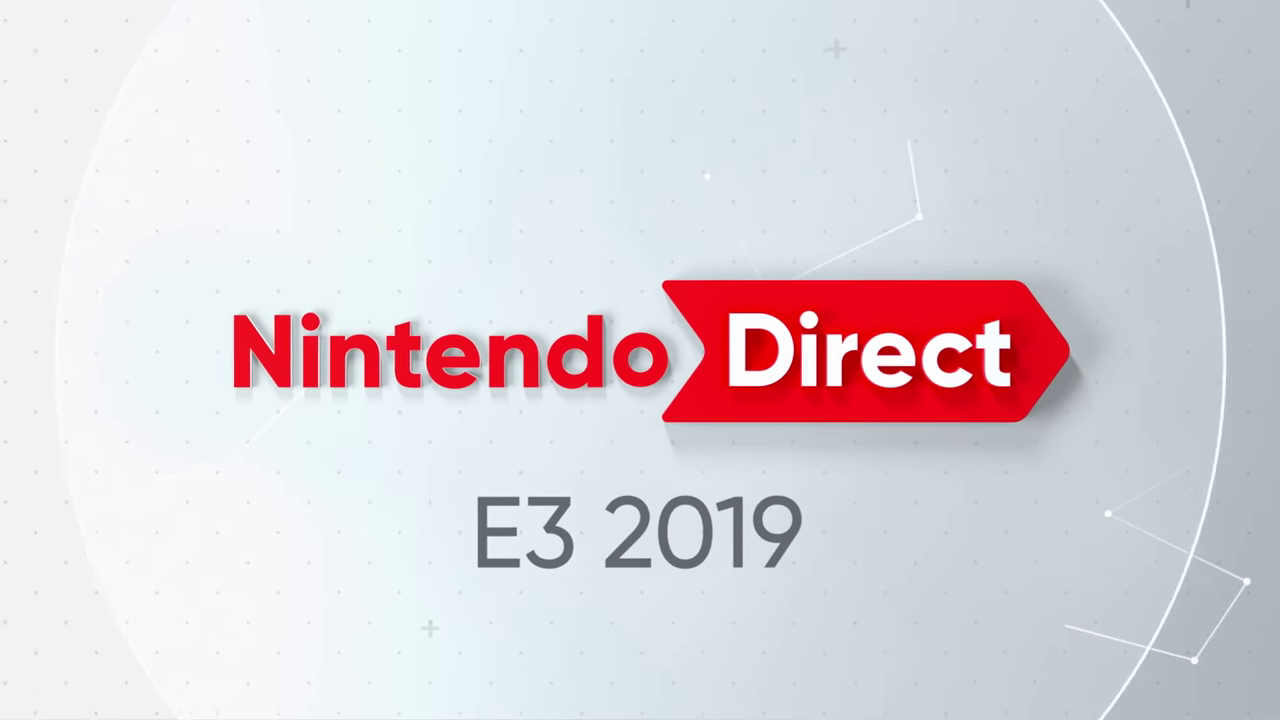 The luckiest ones at E3 were Switch owners.

Not going to lie, I went into E3 thinking Nintendo wouldn’t have much to show. After my disappointment with the Wii U, I’ve learned to always approach these Directs with cautious scepticism And it’s not like Nintendo has been making good decisions lately either, so them winning E3 was far from the realm of possibility in my mind. But oh wow, was I ever proved wrong.

There were so many games! AND I MEAN MANY! Just when you thought the announcements and trailers would stop, it just kept going and going! Nintendo was really in a league of their own. 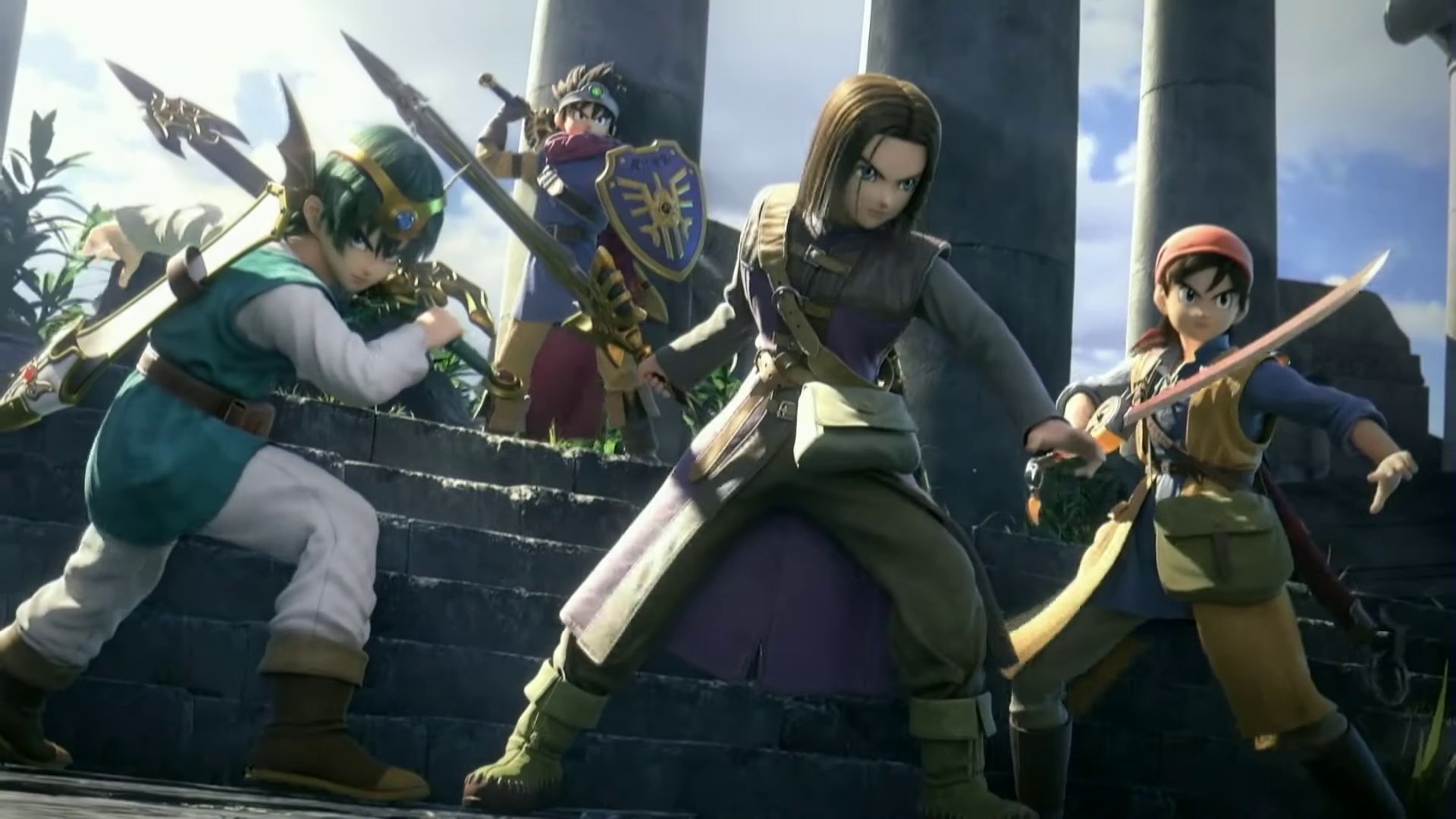 Here’s the quick list of announcements that I didn’t really care much for: 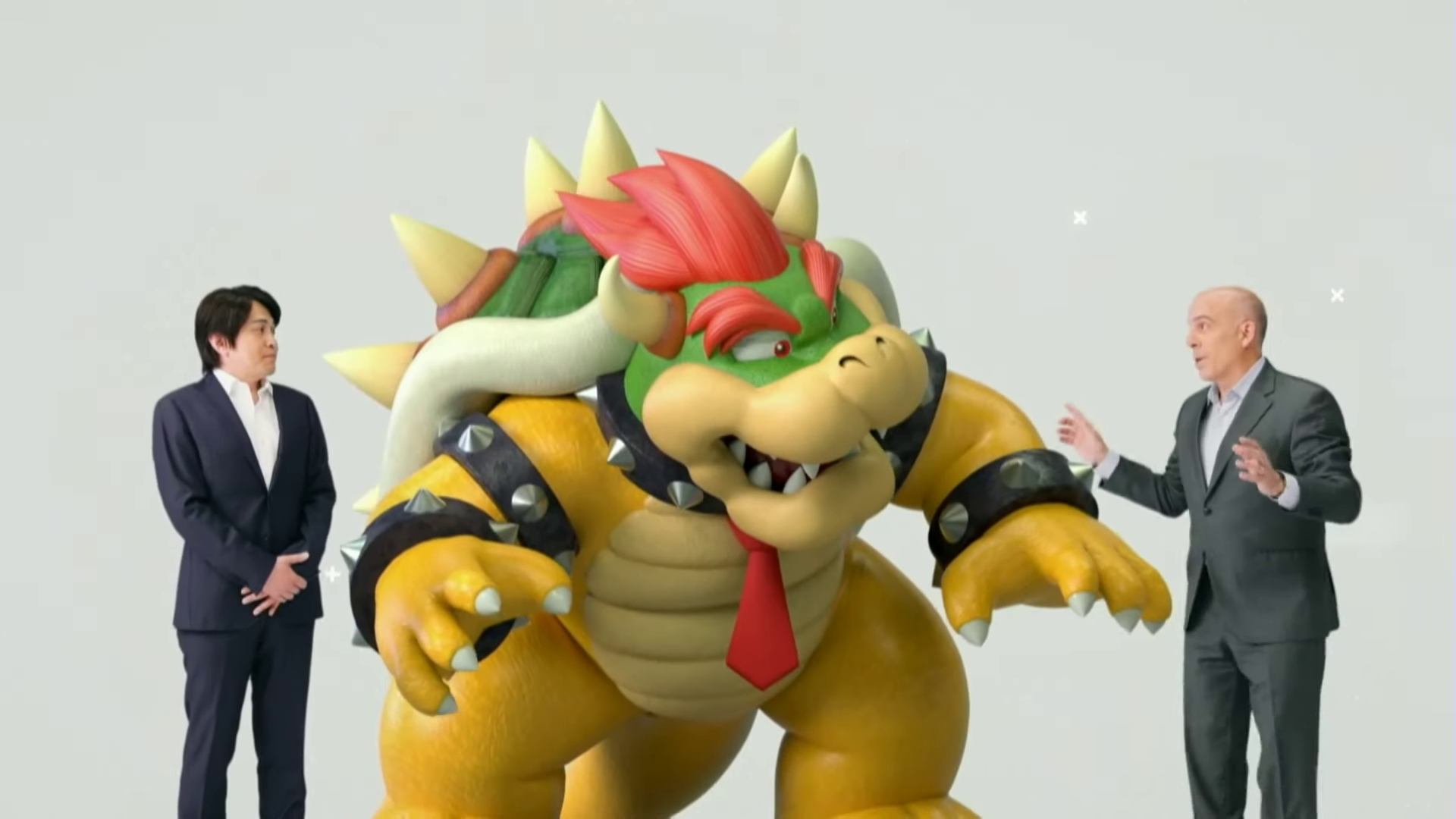 You may have heard that Reggie Fil-Aime is no longer part of Nintendo of America, as he has now retired. However, replacing him will be Doug Bowser. Yes, he fittingly has the last name ‘Bowser’. Nintendo has most likely seen the memes of Doug Bowser having the same name as Mario’s archnemesis, thus they came up this cute E3 sketch where Bowser (the videogame villain) and Doug Bowser are mistaken for one another. It was hilarious and loved it a lot. I usually hate Nintendo’s attempts at being too kid-friendly with their Directs, but this one was a special exception to me since it highlighted Nintendo’s self-aware humour.

Of the more obscure titles on the list that looks like it’s going to be a stellar JRPG title is Trials of Mana, and it’s coming to the Nintendo Switch in early 2020. Not just that, but they’re also localizing the past three games that were originally Japan-exclusives, named Collection of Mana that is already available to download in the Nintendo eShop. Trials of Mana looks like my kind of action JRPG that I would play in a heartbeat. 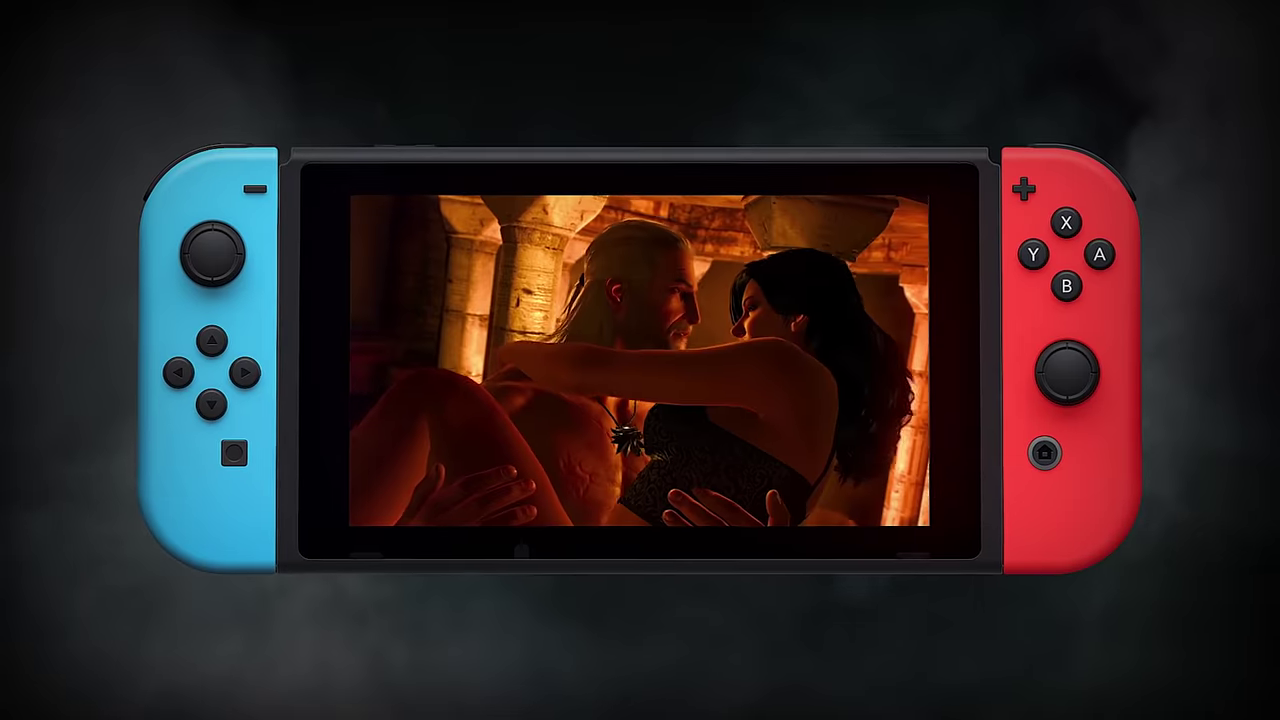 The Witcher 3: Wild Hunt – Complete Edition for the Nintendo Switch.

Let me just state real quick that I’m not really a fan of the Witcher series ever since my experience with the Witcher 2, however, that’s just me as the series is pretty critically-acclaimed by most. With the Witcher 3 coming to the Nintendo Switch, the Switch library for portable AAA experiences continues to prove it’s a force to be reckoned with.

There were rumours of it coming to Switch before, but this still caught me by surprise. You would think the Nintendo Switch being able to run an exceptionally high graphics fidelity game such as the Witcher 3 would be a daunting task, but the impossible seems to be possible as it’s coming to the Switch later in 2019. I’ve been wanting to give the series a second chance by playing the Witcher 3, but never really got around to it. 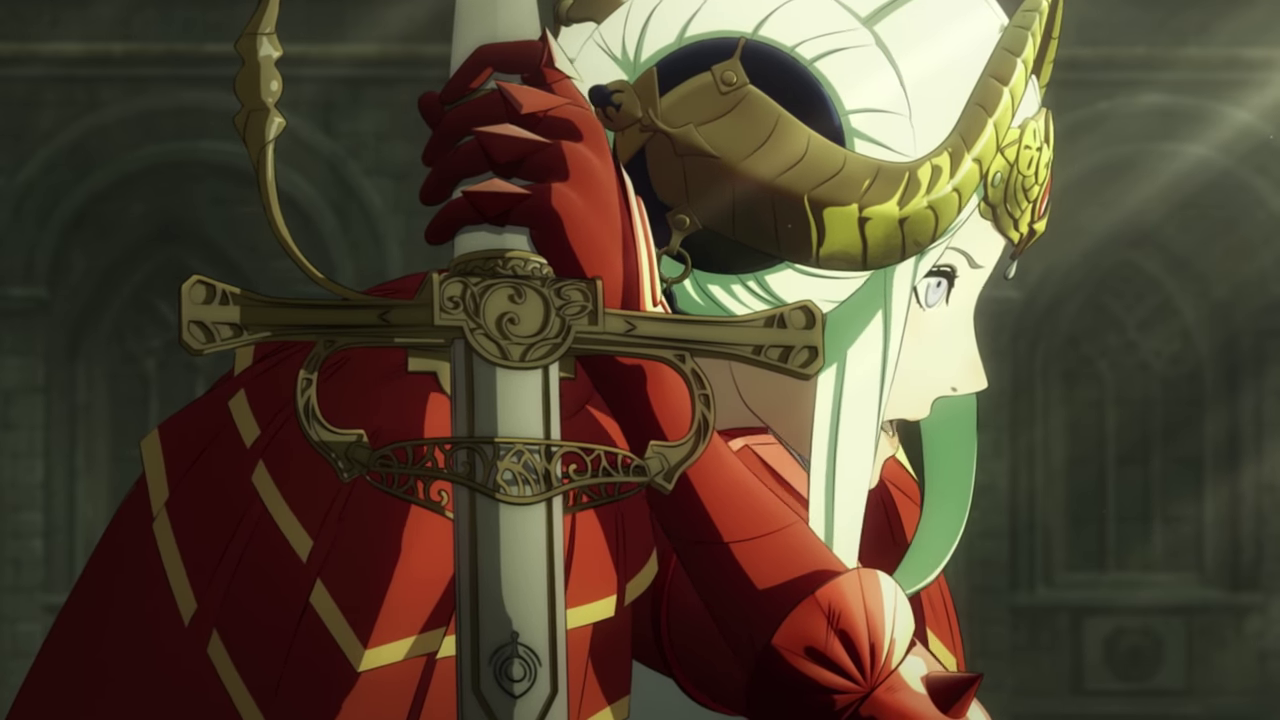 OHMYGOD!! Are you seeing this?! I wasn’t really excited for Fire Emblem Three Houses before given what we’ve seen before, but now I totally am! There seems to be a strong emphasis on the game’s story and it looks like it’s going to be deep and rich with lore! It’s coming out July 26th, far sooner than I’ll ever be able to get my hands on a Nintendo Switch (lulz).

I wish we saw some gameplay in the trailer itself, but the cinematic trailer was more than enough for me this time around. But from what I can tell, this game looks like it’s going to be one of the best in the entire franchise. 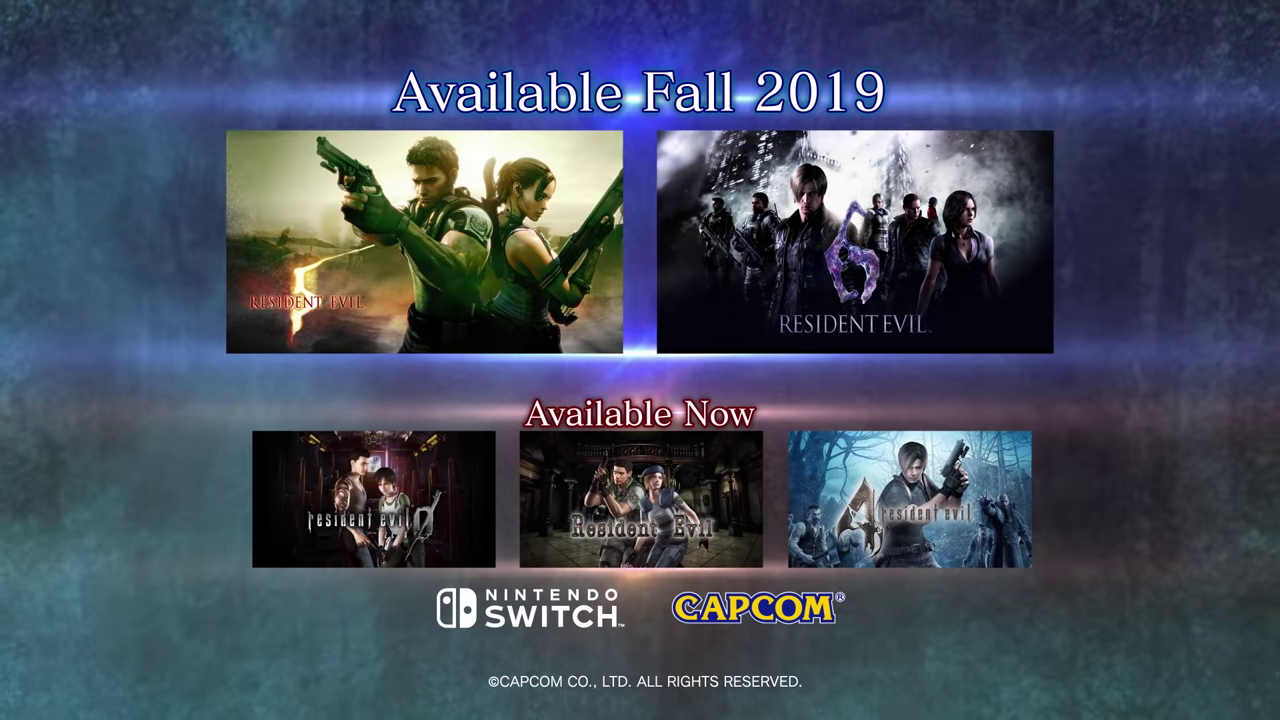 Resident Evil 5 and 6 for the Nintendo Switch.

If you’ve seen my Resident Evil 6 review, you probably know I’m a fan of Resident Evil 5 and 6. Resident Evil 5 was one of my childhood favourites, and as an adult, I still like it more than I ever will like Resident Evil 4. Then I played Resident Evil 6 and it became my favourite, despite its numerous flaws. It’s even one of my top played games on Steam and I still keep it downloaded because I love playing the Mercenaries mode. They’re both coming to Nintendo Switch later this fall.

Wow, so it’s actually happening after all: No More Heroes 3 is finally being developed! I didn’t like that the series creator was holding the game hostage by insinuating that they’ll give us it if we buy their underwhelming spin-off title No More Heroes: Travis Strikes Back, but I’m very happy that this game didn’t become vaporware.

I used to be a huge sucker for hack-n-slash games, and still kinda am. I’ve heard the critical-acclaimed of the No More Heroes franchise and have been dying to see what’s all the fuss is about for a while. Hopefully, they decide to remaster the games for PC and Switch. 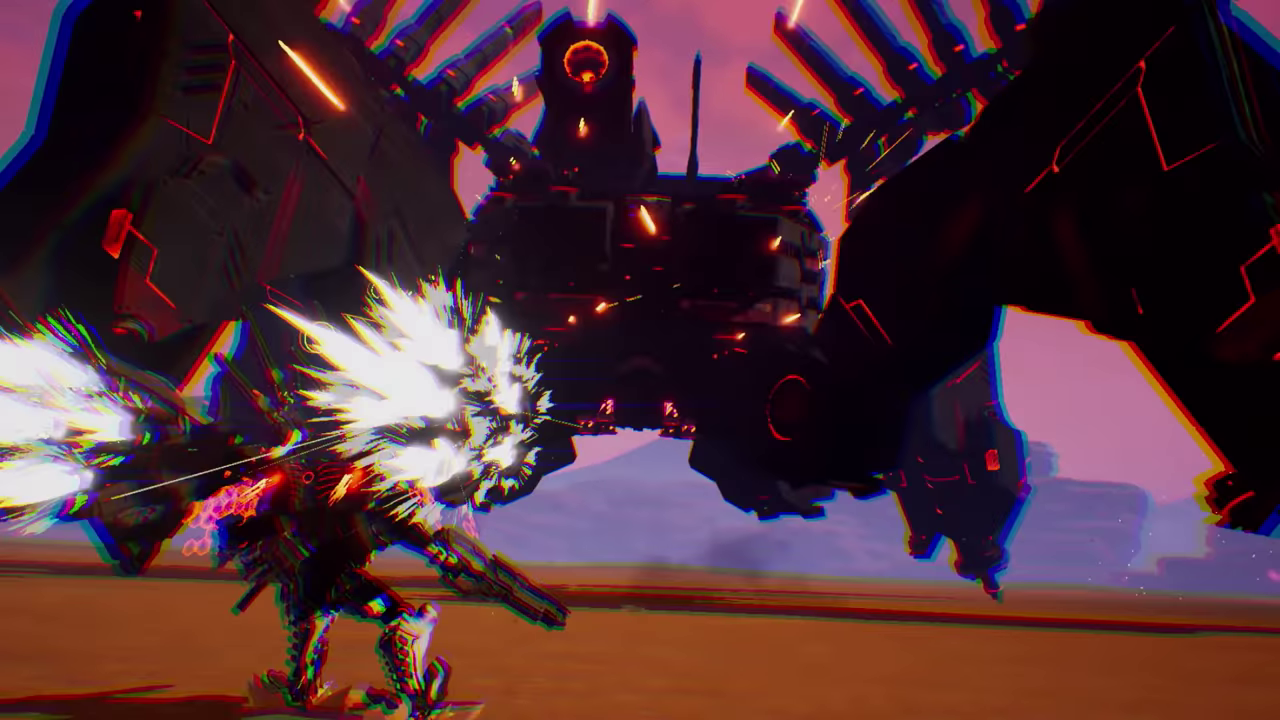 Do you know I’m a sucker for mechs? Well, you do now. When I had a Wii U, I bought Xenoblade Chronicles X and I freaking love the Skells (the mechs of the game). Daemon X Machina is coming to quench that mecha thirst that Xenoblade Chronicles X left us, and wow, it looks like an absolute powerhouse of a game! It looks pretty similar to Astral Chain in style, but the mechs scream Gundam to me. 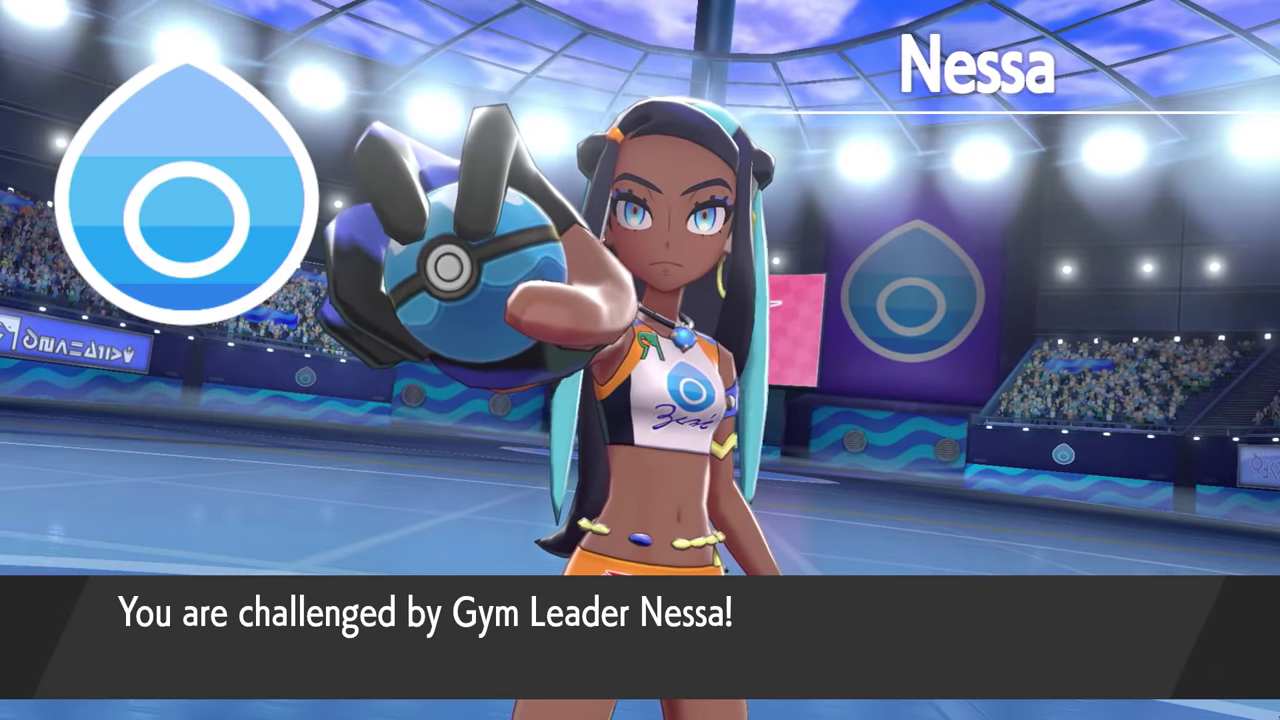 As you may know, I’m quite hyped for Pokemon Sword and Shield that’s coming in November 15th 2019. There was some new info given at E3 like being able to use the Pokeball accessory that was used in Pokemon Go, if you decide to use it in your playthrough. What I’m more interested in is the hot water-type Gym Leader – Nessa! *gay screech* I just adore when Nintendo shows off their attractiveness black NPCs in their games.

There was also new information shared in the Nintendo Treehouse playthrough. 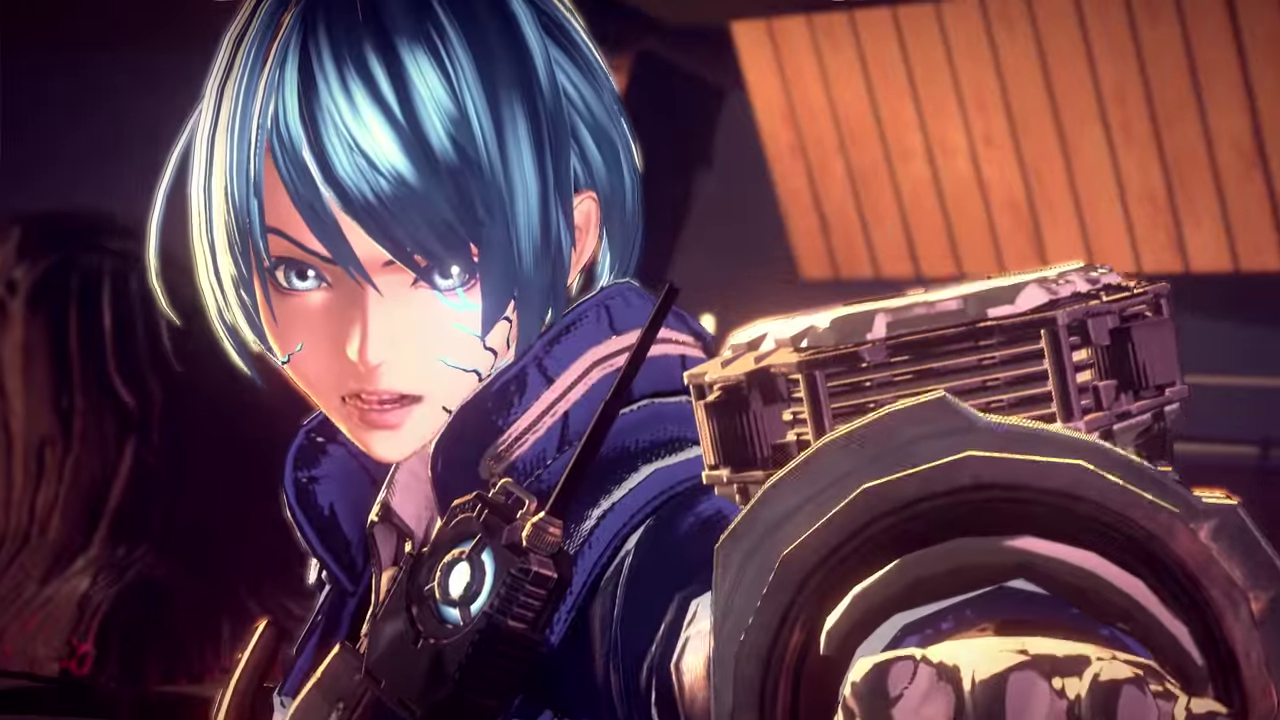 Of all the games in Nintendo’s E3, Astral Chain had me so freaking closing to wetting myself. I can’t remember the last time I’ve seen a game trailer that overloaded my senses with so much action, lore and vivid art direction. Like, I’ve had to rewatch the game trailer several times like it’s some kind of drug.

And if that wasn’t enough, the plot for the game looks like it’s going to be on par with Fire Emblem Three Houses. Everything about the Astral Chain trailer screamed absolute hack-n-slash perfection! And it’s being made by Platinum Games?! (Wait, aren’t they busy working on Bayonetta 3?) August 30th can’t get here soon enough! 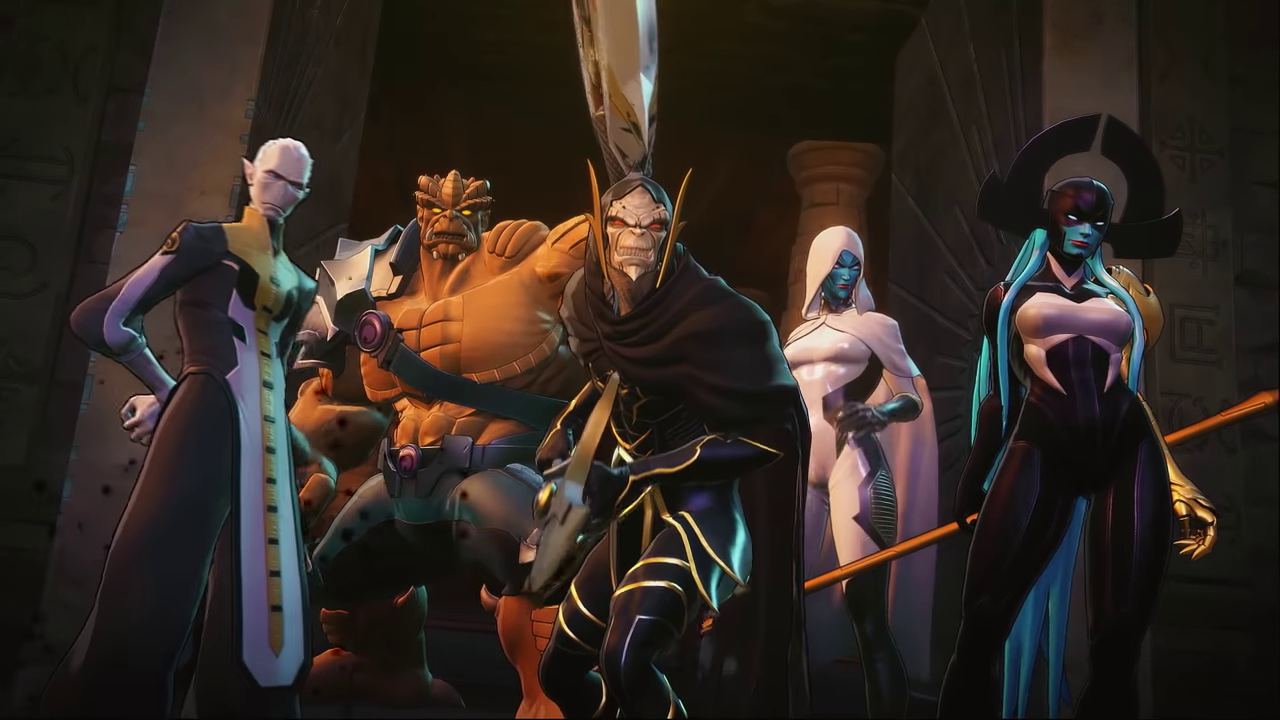 I didn’t really care much about this at first, but when I saw characters like Ms. Marvel, Miles Morales and Spider-Gwen showing up, it instantly grabbed my attention. It looks like Marvel Ultimate Alliance 3 going to be a pretty good game with a variety of Marvel characters to choose from, and you know me: I’m a Marvel fangirl. 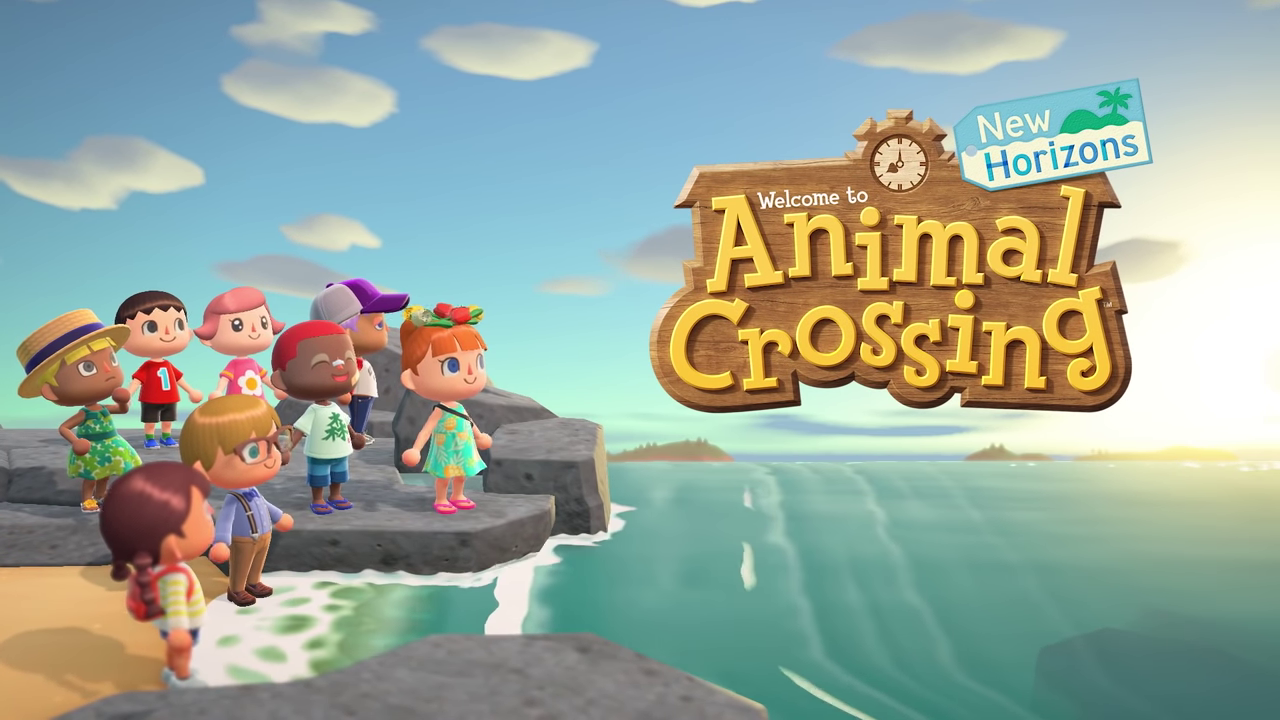 That voiceover intro made me think this was a completely different game than what they were showing lol. But after teasing fans, Nintendo finally has gameplay footage of Animal Crossing Switch, named Animal Crossing New Horizons. I’m not really an Animal Crossing fan myself, but I know just how much people have been clamouring for this like the world isn’t complete unless Animal Crossing comes to the Switch (lulz). It’s so great to see that it’s coming along well!

Animal Crossing New Horizons is coming in 2020, instead of the original 2019 release date. Don’t worry, Nintendo, we appreciate you delaying your games to give them the much-needed polish they deserve. 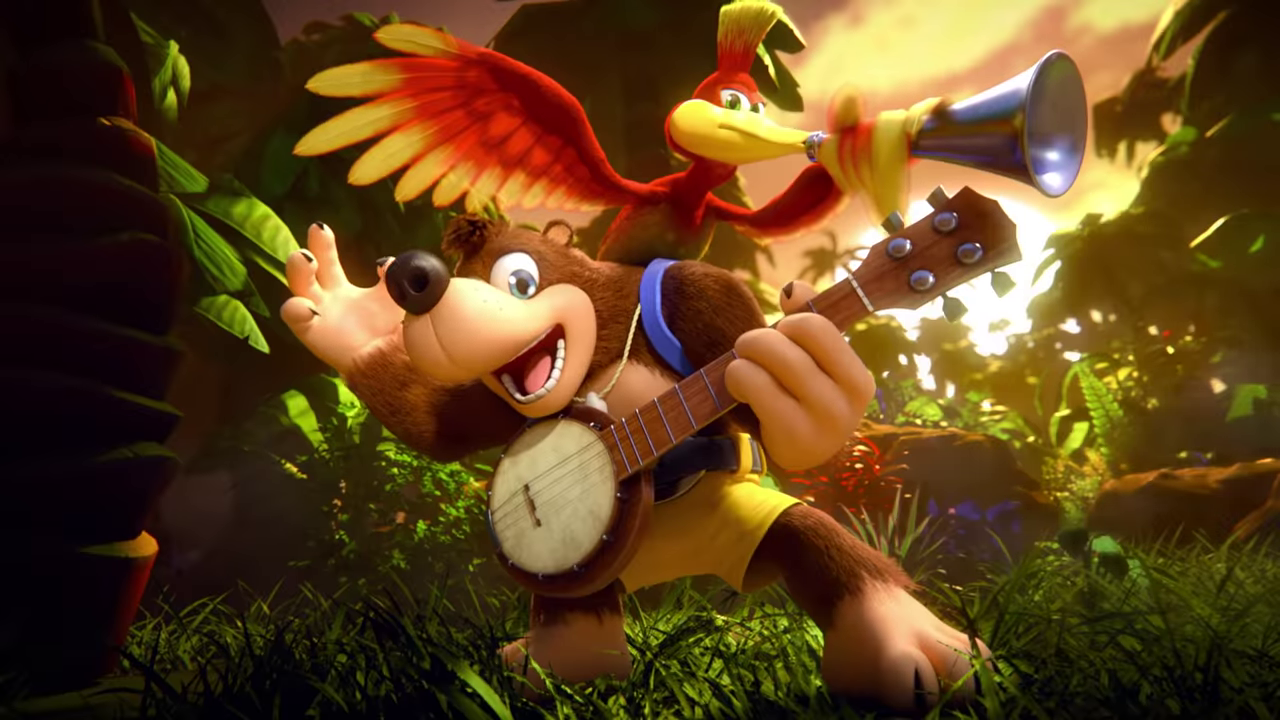 Banjo and Kazooie are coming to Smash Bros Ultimate!

They had us good there with the Duck Hunt silhouette, but they’re actually bringing Banjo and Kazooie to Smash Bros Ultimate! I didn’t grow up with their games but I know just how iconic they are in the 3D platforming space. Looks like Microsoft and Nintendo really are getting in bed together lately. 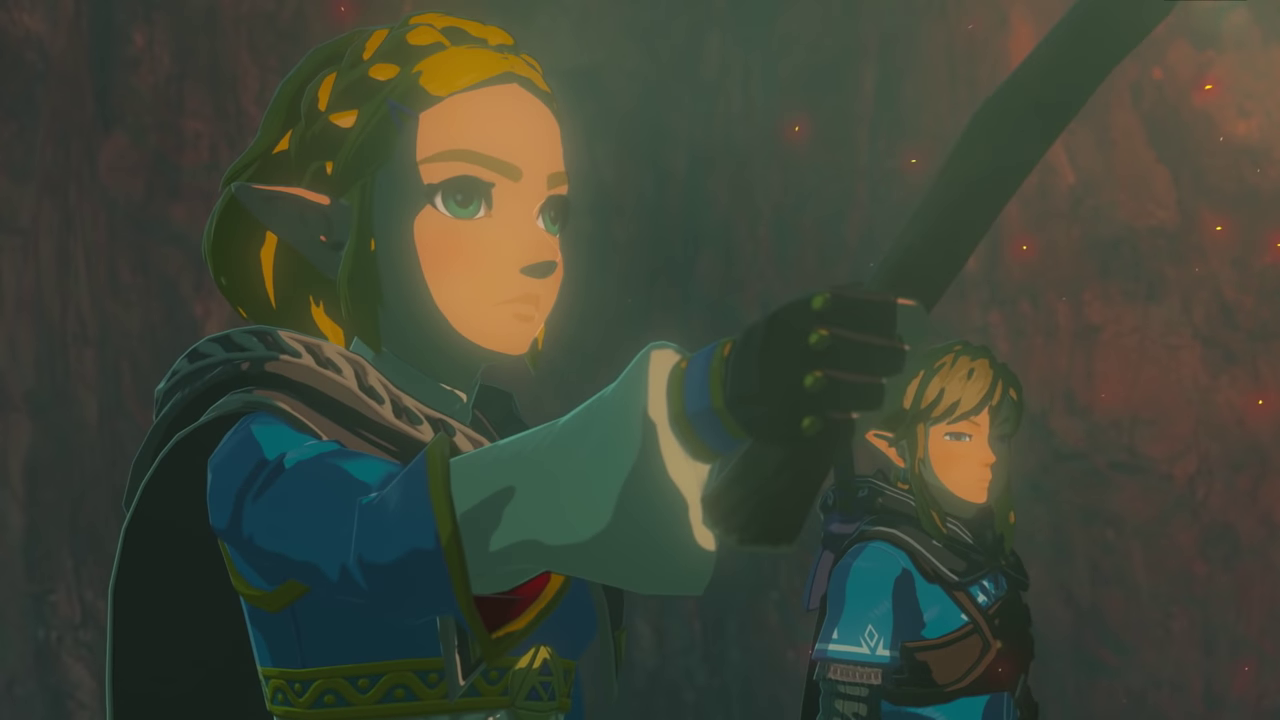 Breath of the Wild 2 announced.

I’ve heard just how perfect Breath of the Wild supposedly is and I’m glad they’re giving the game a sequel! But while this is all fine and dandy, I’m not convinced yet unless they let us play as Zelda or Linkle this time around, or you bet your ass I’m going to be writing an article about it to vent my annoyance! Fortunately, there are hints that this is going to happen and my excitement can’t be contained right now!

You single handly made every other E3 Press Conferences this year look utterly disappointing. Even as a non-Switch owner, you had me on my toes for that full 40 minutes.

Now if only you can make your online subscription service as good as your E3 Direct.

If you’re interested in buying any of the games from the Nintendo Direct, you can support me by buying it with my affiliate links:

I’m sorry this article is a bit late. If you’ve seen my recent posts on my facebook and twitter, you’ll see that I finally moved out of my abusive parents’ home. I’ve been spending that time preparing and completing my move. I moved in on Wednesday and I have been happier ever since with my new family.