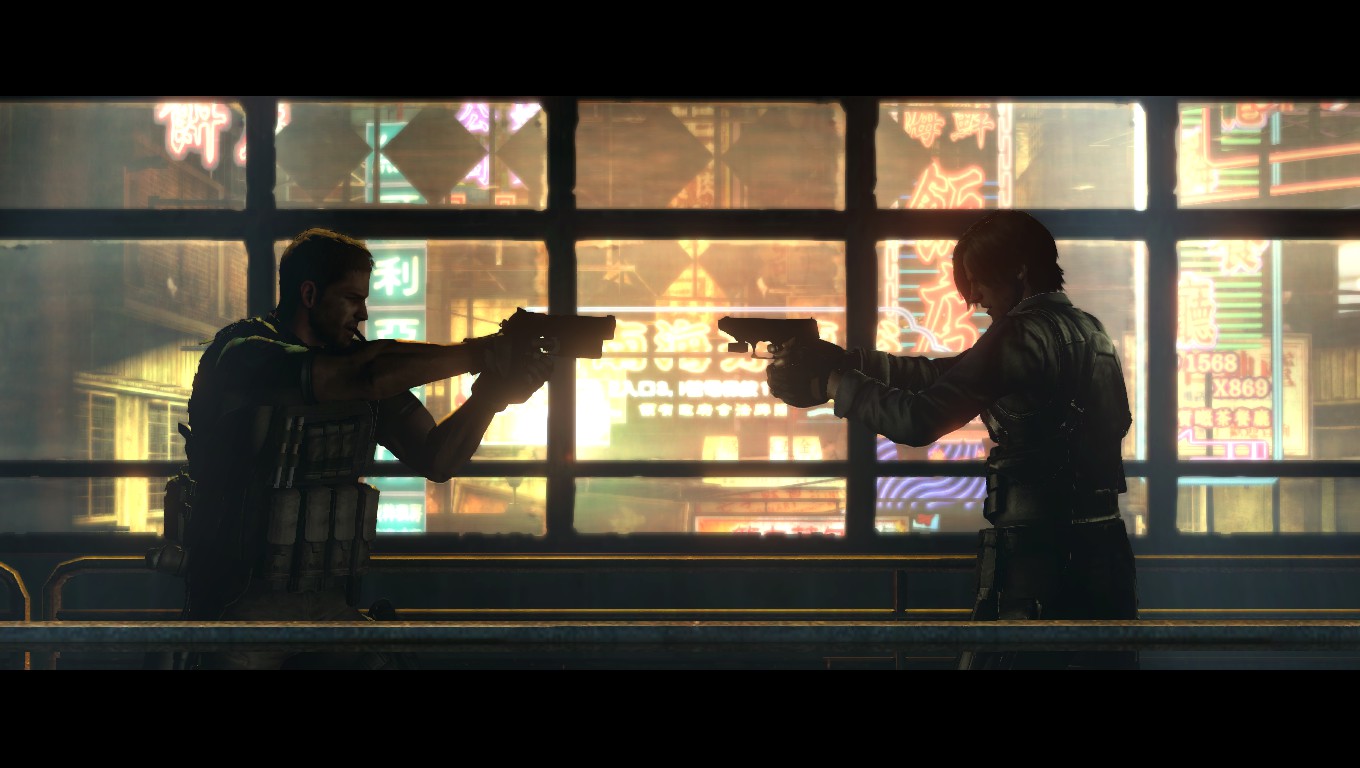 Wait! Before you leave an angry comment, hear me out!

I know the general consensus on whether Resident Evil 6 is a good resident evil game is rather mixed, but through its flaws, it is a really good game. I understand it’s not for everyone, especially those who want something more like an authentic survival-horror game, but it’s still a greatly satisfying experience for someone who wants to play a fun action-adventure Resident Evil game.

What a QTE Mess.

When I first started to play Resident Evil 6, I honestly didn’t like it all. The camera felt weird compared to Resident Evil 5 and I nicknamed it the “QTE Simulator”. This was during the Leon and Helena campaign where everything you did in the first chapter was pretty much doing a whole bunch of quick time events, and it made the game feel really awful. Fast forward in the game quite a bit and you notice that even though QTEs are still quite there, it’s not as bad as that first chapter. Though I would still prefer it if they weren’t there.

Story is structured more convoluted than it needs to be.

I’m a bit mixed on the story. I like the characters a lot and it is a pretty decent story. Nothing to blow your socks off, but that’s pretty standard for any Resident Evil game. What I don’t like is that the story is separated into four different storylines and you’ll follow the journey as the corresponding team you pick. At first it may sound like a good idea on paper, it means you get a lot more story content and have much more choices with who you play as, but everyone’s story intersects with each other at random intervals and it leaves the player confused and lost. There are guides created so people can play the story chronologically, for pete’s sake. That is something a player shouldn’t have to do. It’s nice that the game offers you to play through the perspective of other characters, but I would have been much more comfortable with a traditional, single storyline.

I know I mentioned this somewhat already, but one of my biggest annoyances with this game is the use of button mashing QTEs. You can’t  avoid them and I can understand if someone is turned off by it. Some persons comment that Resident Evil 6 has horrible gameplay and controls, but I wouldn’t say that. I think it’s  fairly good for what it is and it’s the most fun I’ve ever had killing zombies. For the most parts I liked the controls better than Resident Evil 5, but I am one of the persons who like the action-oriented parts of the Resident Evil franchise so take that as you will.

Also some death scenes are annoyingly long and it takes a while to get back into the action.

I think this is the only Resident Evil game that has had so many unique types of zombies. I believe Capcom should be really commended for it. There haven’t been much zombies that really stood out to me in the past games, but not only did they have some very interesting designs, they made a variety of them as well. My only regret is that good classic ones aren’t there like the Nemesis and the Executioner Majini.

I will agree that if you want a scary experience, Resident Evil 6 probably isn’t for you. However, if you liked Resident Evil 5, then I highly doubt you’ll be that disappointed. Personally I’ve never played Resident Evil games to be scared or creeped out. I’ve always found shooting zombies and the interesting stories to be my main reason for playing a Resident Evil game. Probably why I’m too scared to play Resident Evil 7 (Don’t judge me for being a scaredy cat *pouts*).

Sigh. Why did they replace buying weapons with getting skill points? It’s nowhere as fun and it is boring as hell. Not only was it very limiting in the sense that you can only equip a certain amount at a time, it really doesn’t give you much to work with to create a really great character to use. I’m pretty sure you can play the game very comfortable without even touching this underwhelming mechanic.

I had been trying my darn hardest to clear a mercenaries stage with at least a B rank, but I couldn’t because it felt really freaking hard! It was never this hard in Resident Evil 5 so it took me by complete surprise. What was even worse was that my favourite character (Sherry is bae!) was locked until I got a certain rank. At that point I would have killed for a way to be able to just pay to unlock the characters and it was almost enough to make me hate the game entirely, but then my boyfriend came to the rescue (thanks, Javvy!). He’s a big Resident Evil fan so he showed me where I was going wrong and how to “properly” play the mercenaries mode. Winning the mercenaries basically is:

Unlocking characters then became a piece of cake and I can confidently say that the mercenaries mode is actually super fun! I enjoy it immensely!

So as you can see that while Resident Evil 6 wasn’t the greatest experience, it was still pretty darn fun and interesting to me. Even the parts of the game I hated were still fun to write about and explore. Personally Resident Evil 6 is my favourite and one of the best zombie shooters you could probably ever play.