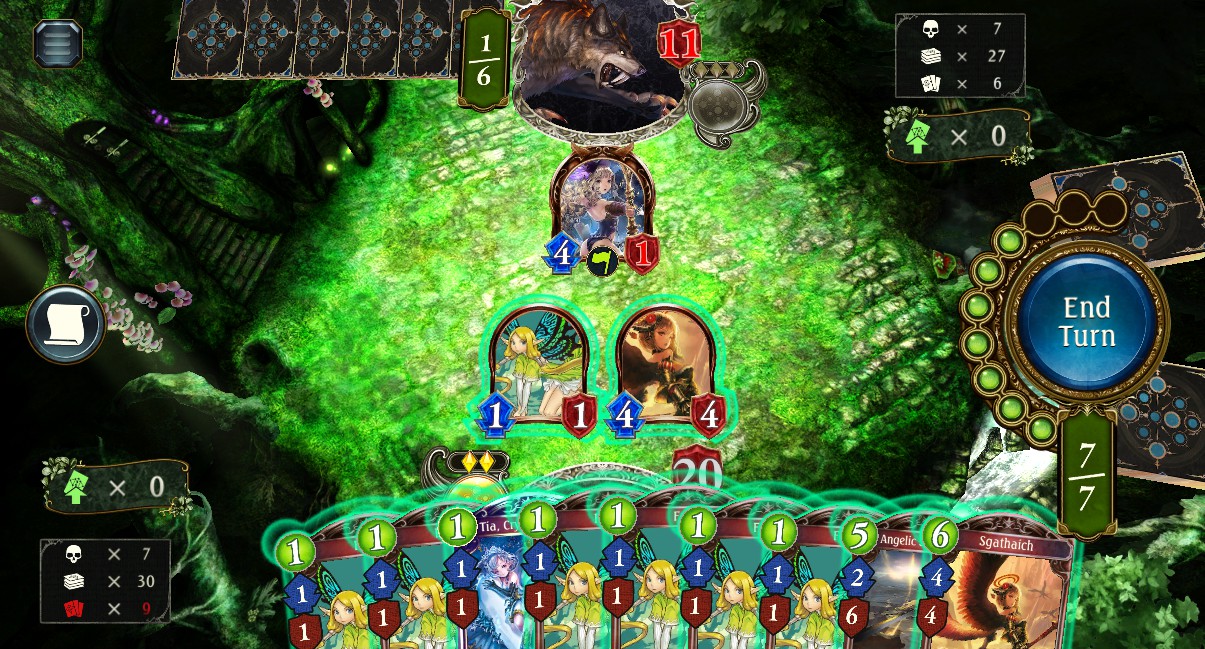 Portalcraft is the most broken thing I’ve seen since Meta-Knight in Brawl.

Recently I’ve been finding it hard to enjoy gaming lately. Not sure why but I lost interest in playing the majority of the games I owned. It wasn’t until I watched some Yu-Gi-Oh videos that I had a mighty urge to play it, as I’ve had a thing for card games before.

Note that the only card game I’ve really played is Yu-Gi-Oh, and that to me is still one of the best card games in the world. Of course, I’m being biased because I grew up playing Yu-Gi-Oh and watching the anime series.

At first I was thinking of emulating some of the Nintendo DS games, however most of what I found didn’t really have much female protagonist options to choose from, so I browsed steam for card games instead. I wasn’t just going to play any card game though, it had to be one with really awesome illustrations. The first thing that came to mind was Sword Girls Online, but unfortunately that game was officially closed down years ago. There’s a fan community that have the game up and running, but it’s just not the same as having it officially supported.

Someone was looking for similar games to it on Redditand someone replied with Shadowverse. Once I googled the game a bit, I saw it had even way better illustrations than Sword Girls Online. Sure, it wasn’t an all girls card game, but it definitely made up for it.

So after getting the game up and running, I can definitely say I love this game a ton. I’ve been playing it daily ever since and it’s defintely one of my favourite games. It has some short comings, but the good parts of Shadowverse are too good to ignore.

Shadowverse offers fun, competitive strategy gameplay as well as an exceptionally aesthetical experience that immerses you in rich story, lore, art and music. Anyone can get into playing it easily whether causally or hardcore, however the game is not a perfect experience. It has its annoyances, but nothing I don’t believe can’t be fixed with updates or patches in the future. Other than that, it definitely is one of the best free-to-play games you can play right now on PC and mobile.