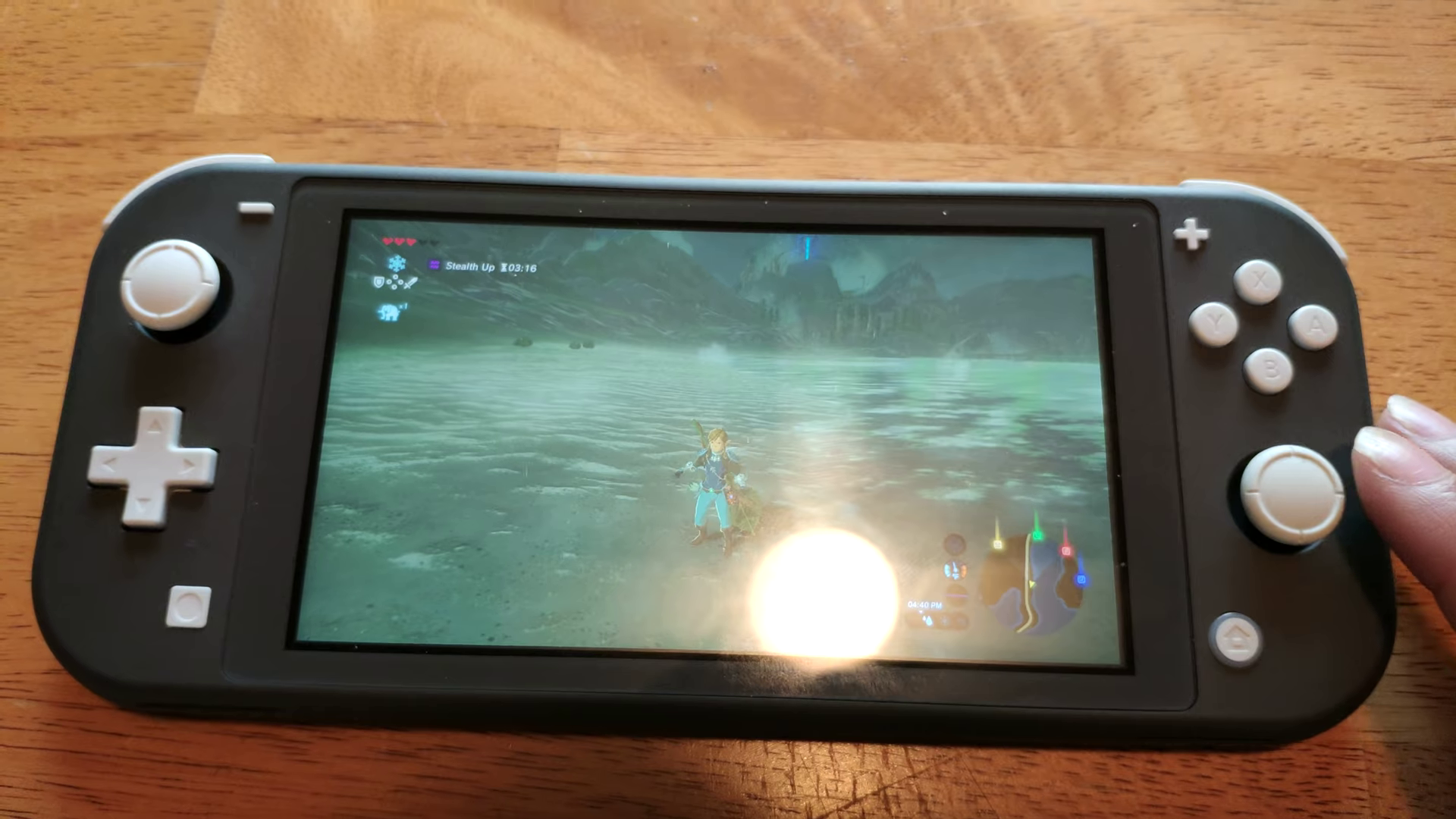 The lack of docking makes it an even harder sell.

When Nintendo announced the Nintendo Switch Lite, people were concerned that the system may suffer from “Joy-Con Drift”, an issue where the analog sticks of the Nintendo Switch would register movement even though they were not being physically tilted. This was something that usually occur after repeated use of the system.

Gamers were hoping Nintendo would have fixed the issue with the Nintendo Switch Lite before it released considering that you can’t remove the joy-cons unlike with the original Nintendo Switch model. If that was the case, then you wouldn’t need to worry about replacing the entire system, and even though it may be pretty expensive ($80USD for a new set), you would just need to buy a new pair of Joy-Cons for your Nintendo Switch.

Unfortunately, Nintendo seems to be living in La-La Land again as YouTuber ‘Spawn Wave’ has revealed in his video that Nintendo decided to put the exact same joy-cons of the regular Nintendo Switch into the Lite counterpart. This means you can expect the same issues to plague the Nintendo Switch Lite’s joy-cons as you would if you had just bought the original Nintendo Switch model.

As Nintendo faces a class-action lawsuit for the Joy-Con drift issue, they decided that they would fix the issue for free for Switch owners. However, this only applies to first world countries where Nintendo is properly established. This means more isolated countries like Barbados (where I live) have to make do with unlicensed repairs and the costs that come with it, or shell out an even greater amount for entire joy-con replacements.

As you can see in the video below, Nintendo Switch Lite owner ‘Alexis Javier’ is already experiencing the joy-con drift issue with their system, making potential Switch Lite buyers wary about buying the system.

In my initial post about the Nintendo Switch Lite, I was super excited to get the console as it provided a significantly cheaper option for persons who haven’t gotten the Nintendo Switch as yet, and this was despite the fact that Nintendo decided to axe docking from the system.

But as the issue of joy-con drift starts to appear with the Switch Lite, it has made me decide against the system as someone who hasn’t joined the Nintendo Switch party yet.

As I am part of a new family now, I would like them to be able to enjoy the Nintendo Switch on the big screen, so it makes docking even more important than I initially realised. And if you were hoping that you could somehow hack the Switch Lite to output with a dock, it’s been confirmed that the system lacks the hardware for it completely.

Making matters worse is users who already own the original Nintendo Switch console and were hoping to use the Nintendo Switch Lite in conjunction with it. As they realised that you can’t seamlessly use game saves across multiple platforms, it has made the Switch Lite more of an unnecessary hindrance. YouTuber ‘Izzy Nobre’ highlighted this in his video  “⚠️DON’T BUY THE SWITCH LITE!“.

And you people wonder why I have to constantly give Nintendo flak. (－‸ლ)  They can’t do something as basic as cloud saves in the year 2019. It’s like they’re the Epic Games Store.

So with all things considered, if you’re looking to get the Nintendo Switch Lite, you may want to reconsider, especially if you already have the original Nintendo Switch.

It’s going to be a bummer to miss out on the sexy looking Pokemon Sword and Shield Switch Lite, but right now, it’s probably best to be safe than sorry, especially since the new Switch revision with more battery life is around the corner.