Watch Dogs Legion doesn’t fill me with much hope.

Out of the all of Ubisoft’s E3 Press conference, there was only one thing that caught my mention (well, besides Gods and Monsters): The announcement of Watch Dogs Legions, the next game in the Watch Dogs franchise.

And on a quick note, yes, Ubisoft’s E3 Press Conference was pretty disappointing, or at least to me. That’s coming from someone who adores most of Ubisoft’s franchises other than those of Nintendo and Capcom. Most of the Ubisoft press conference contained Tom Clancy games such as Ghost Recon Breakpoint, The Division 2 and Rainbow Six Quarantine. Unfortunately, I’m not a fan of Tom Clancy’s games so I’ll pass on those, especially since they’ve become more multiplayer focused as of late.

Then there was also other stuff that was just add-ons to already existing content like For Honour. Uplay is going to have an additional service called “Uplay+“, mimicking the likes of EA’s Origin Premier. At first, I was interested, but then I saw that $15 USD monthly price tag and instantly lost interest it. Even if it’s going to have newly released games, $15 USD is too much of an asking price for someone such as myself who doesn’t have a steady flow of income.

Moving on, there were, of course, new game announcements from Ubisoft, but they left me quite underwhelmed.

Now we get to the real meat of this article: Watch Dogs Legion. Honestly, I don’t know how to feel about it. It’s not what I wanted as someone who wanted to see Watch Dogs 3’s announcement, but it looks somewhat interesting, I guess? I honestly don’t think I like what the development team is going for here. 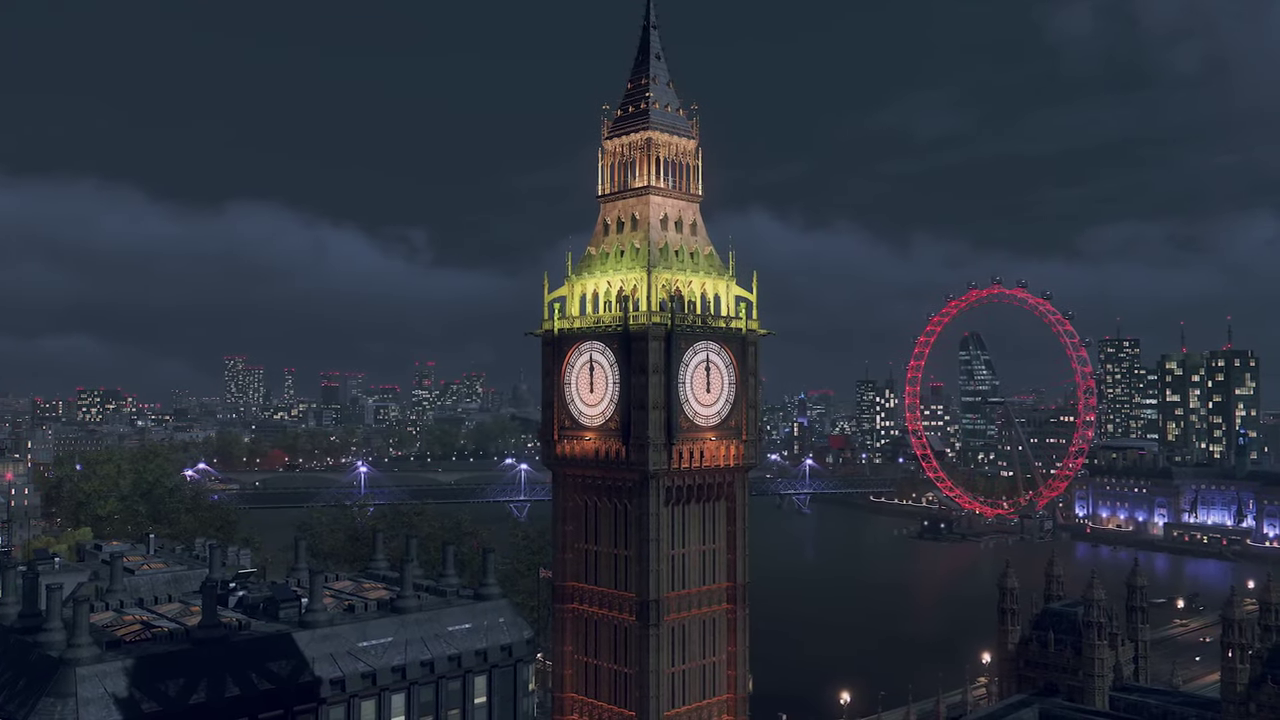 Starting off with what I love about the new Watch Dogs is the choice of setting for the next game: London, England. Ever since I heard rumours about it being based in London, it only made me want the game even more (at first).

Just like with San Francisco, the Watch Dogs franchise chooses another unique location to wonderfully recreate. The graphics look great, as expected from a Watch Dogs title, and the city of London is a joy to look at in the trailer as it’s teeming with city life. I’m sure it’s going to be fun exploring every nook and cranny of it like I did with San Francisco in Watch Dogs 2.

I love the emphasis on British accents of Legion’s many available characters. You can tell the development team went for authentic British persons for the voiceovers to make it all the more compelling. 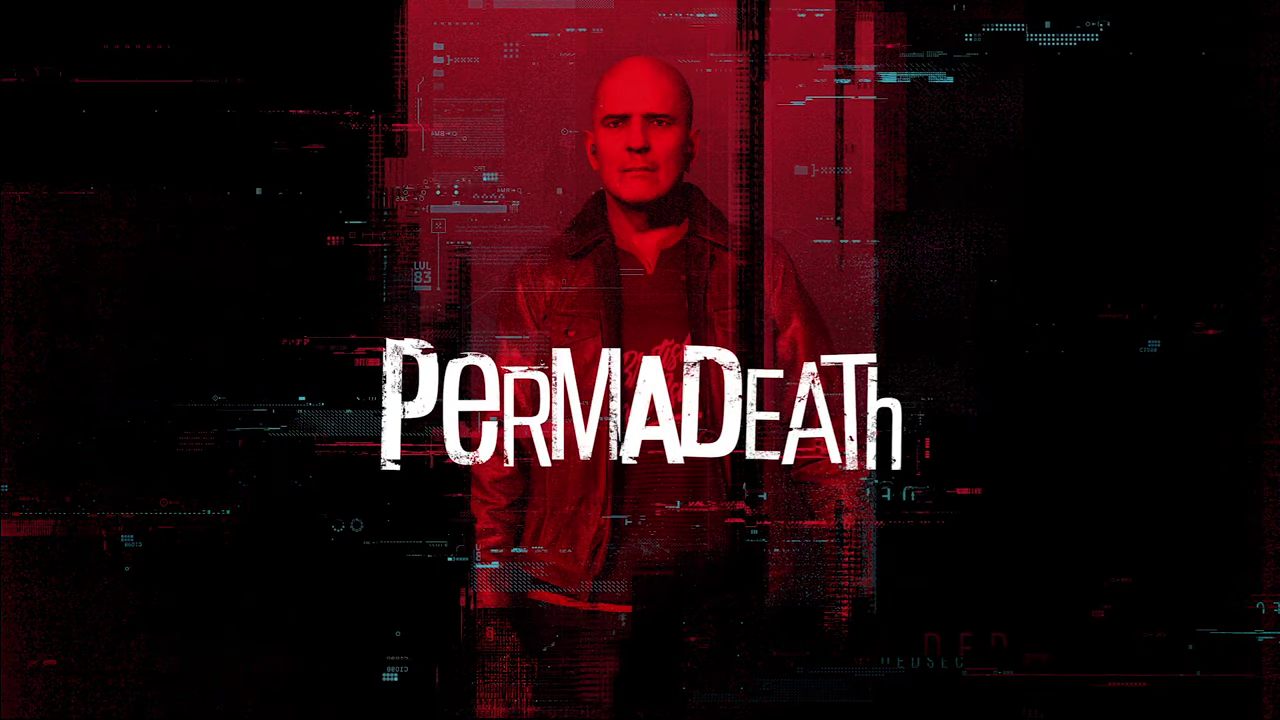 I will admit, the gameplay of Watch Dogs Legion looks like a significant upgrade from Watch Dogs 2 as takedowns and overall combat looks so freaking cool! I’m pretty certain the gameplay will play a strong role in the enjoyment of Watch Dogs Legion. The spider drones, in particular, look like amazing assassin tools for those who prefer a more stealthy, yet chaotic, style of play.

However, then we get to one of my most annoying parts of Watch Dogs Legion that I’ve seen: The inclusion permadeath. In the gameplay trailer, one of the characters died and ‘PERMADEATH’ displayed to indicate that this character will be unavailable forever.

Anyone who knows me knows I despise permadeath with a passion. I wouldn’t have even been a fan of the Fire Emblem series if it wasn’t for the casual mode in Fire Emblem Awakening. Another Ubisoft game that used permadeath to its dismay was ZombiU. I absolutely hated it with a passion realising how difficultly frustrating the game was.

But I can also understand why permadeath was added. Watch Dogs Legion lets you play as anyone, so the permadeath mechanic kinda forces you to play as other characters rather than just sticking to one character for an entire playthrough, which still sucks if you ask me. You should be allowed to play however you want without limits, not having the game decide that for you. I believe that goes counter to what the game wants to achieve, making it look like they’re giving you an endless amount of possibilities in how to play.

And lastly, on a quick note, the A.I companion, Bagley, is admittingly really, really funny. He’s the most humorous part of the gameplay trailer and I see him being a great side character. I’m curious to just how deep his personality and dialogue as an AI goes. Hopefully, he doesn’t become an annoyance after a while. 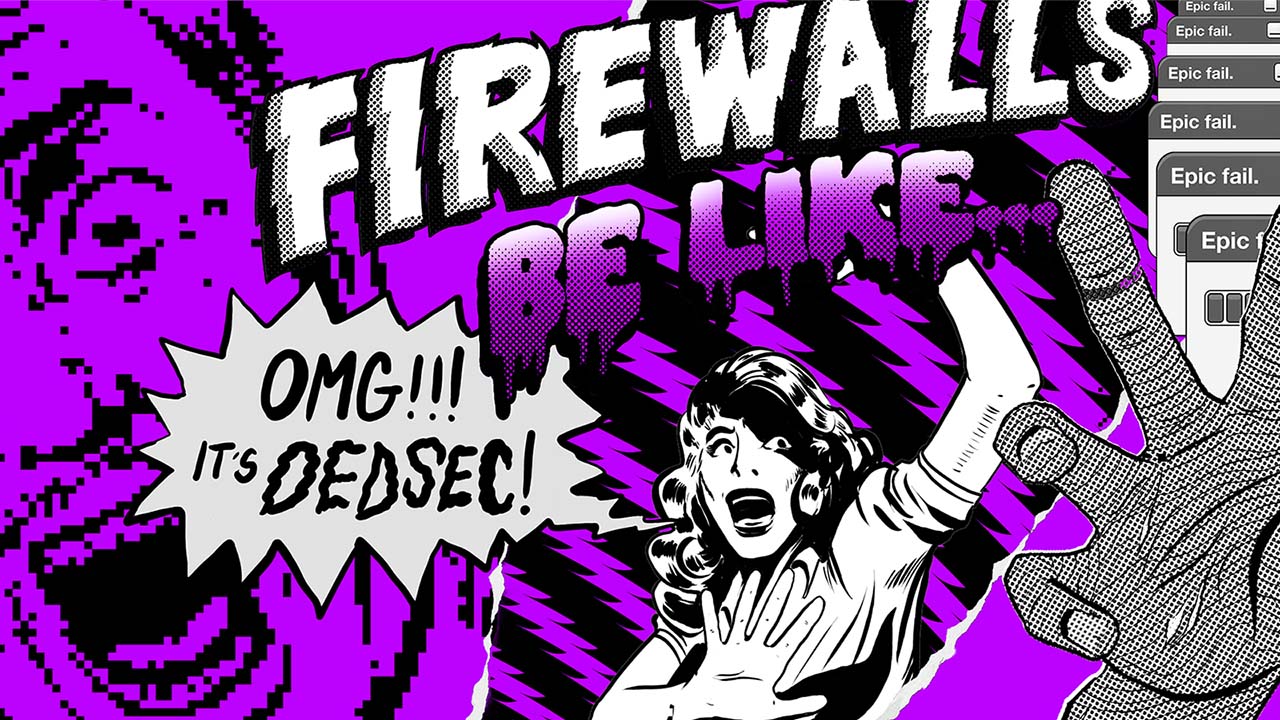 No longer is DedSec a small group of elite hackers challenging the implementation of ctOS, but they’ve now become everyone in London who are willing to stand against the authorities.

Personally, I really don’t like the fact that I can just play as anyone in the game. All I wanted from Watch Dogs 3 was the ability to choose between a male or female protagonist and then have the game’s story based, and built, around them. It’s always going to be more creatively effective to base a game’s narrative on something that is tangible to mould and create, rather than Legion’s bizarre attempt at generating a character’s backstories on an algorithm.

What’s that? You can play as 9 million characters? Well, bugga me impressed.

From a gameplay perspective, it may seem like a brilliant idea, but from a writing perspective, it is very detrimental to the core narrative that the series has already built on. DedSec no longer has a true identity anymore, from being a hacking group who were a thorn in Aiden’s side, to it being a tightly bonded group of Marcus and his hacker friends in Watch Dogs 2.

It was bad enough that there was a conflicting plot with the original Watch Dogs and Watch Dogs 2 as DedSec’s motives were changed to make the story more light-hearted. With yet another change in direction, the game’s plot is likely to suffer and it may lack creatively crafted characters that we could have grown attached to like in Watch Dogs 2.

And tell me just how are The Resistance and DedSec supposedly different? They both seem to do the same thing, only with different names. What I’m deriving from it is that DedSec is more international and The Resistance seems to be more London-based. But even then, why not just call it all DedSec? But then there comes the problem again with the conflicting narrative of what was previously built upon in the previous games, correct? Hmm, this has definitely become a messy situation now.

I’ve rewatched the Watch Dogs Legion trailers several times and I don’t see how the main plot of “fighting the authoritarian government” is going to become a supposedly compelling story narrative. Are we fighting someone in particular or a group of multiple people? There seem to be antagonists of the game where you fight against people who honestly look like just another generic bag of corrupt villains. I would have liked a better focused on one antagonist this time around, just like what they do with the Far Cry series and what they’ve been doing since the first Watch Dogs.

My greatest concern is how fast is all of this going to get repetitive? Even with Watch Dogs 2 getting better at being able to get more diverse procedurally generated info from random NPCs, you will still notice the point at where it starts to repeat itself. This is only going to get much more difficult when you’re talking about procedurally generated character narratives. Actually, I just realised this is just a more advanced and in-depth system from being able to hack persons’ info from ctOS.

The ambition of this game could also be its downfall if it isn’t already. All 9 million characters are going to be voiced and then get backstories too? How far can the algorithm go before it becomes stagnant and boring? This would seem like a game development path one would want to avoid after the likes of No Man’s Sky highlighted the big problem with procedurally generated content.

Watch Dogs Legion seems to be a spin-off title (or at least I hope), but even as a big Watch Dogs fan, this is not the game I was looking forward to in the franchise. It takes too many confusing steps in too many directions that leave me, the fan, completely baffled. With so many complex and procedurally generated content, I lack faith that it’s going to be a game that keeps me attached long enough to care for most of what the game has to offer, even with its improved combat.

Therefore, I believe Watch Dogs Legion is the first game in the franchise I’m going to intentionally skip. It’s not shaping up well from what we’ve seen at E3.

Wait…No Steam (at launch)?! lol no, thanks. This game shouldn’t be giving me more of a reason to not buy it, but here we are. The Epic Store is the badge of shame for any game developer right now, especially a AAA one. Ta ta, WD Legion.