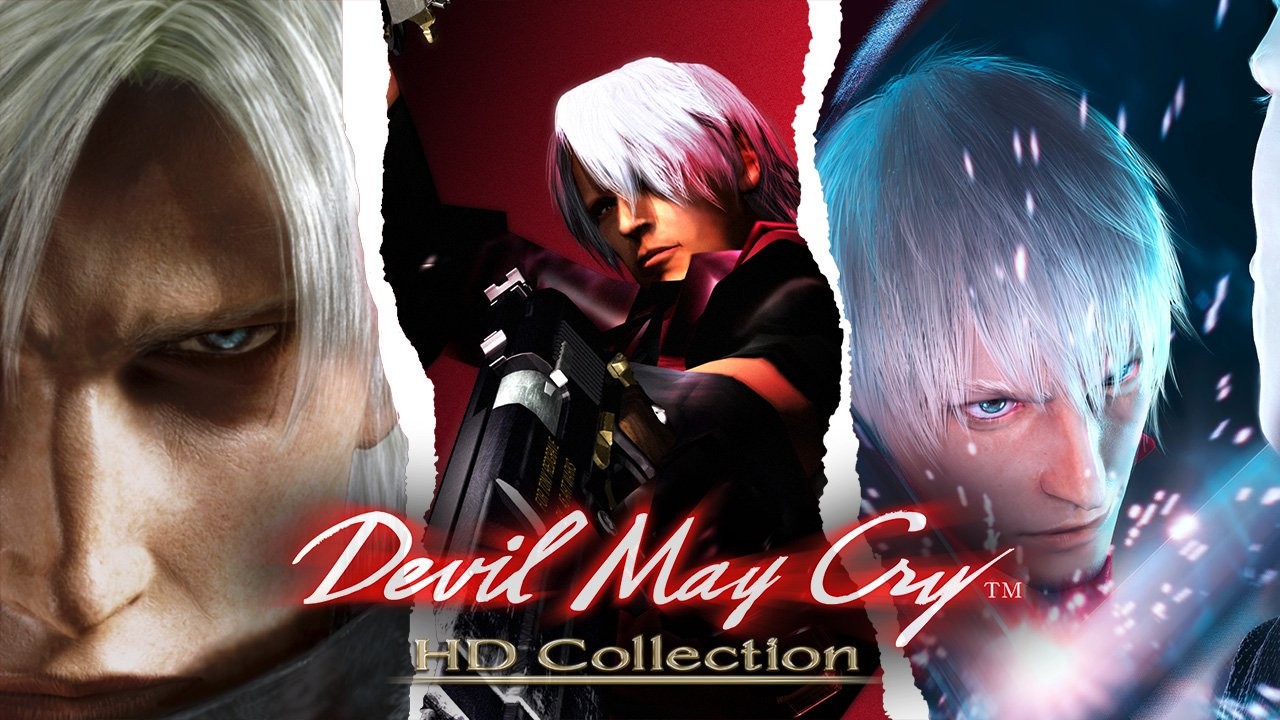 Capcom announced that Devil May Cry is arriving on the Nintendo Switch this summer, but there’s a catch: Only the first game in the series is going to be released on the Switch.

You heard that right: Only the original Devil May Cry game is going to be released on Switch, not the HD Collection that bundles the first three games of the series.

Oh, but it gets even better.

Capcom informed USGamer via email some pretty important clarification pertaining to the Devil May Cry release on the Nintendo Switch.

Good News: The Switch version of Devil May Cry is being ported from the 2018 release of the HD Remaster Collection, meaning you can expect similar graphical fidelity to the PS4, Xbox One and PC versions.

Bad News: Capcom has no plans currently to bring the other titles over, therefore you’re going to have to settle for that measly one release while other console owners enjoy the HD Collection in its full glory.

“Capcom is focused on bringing the original Devil May Cry experience for the first time to a Nintendo system,” the company states. “No other titles have been announced.” 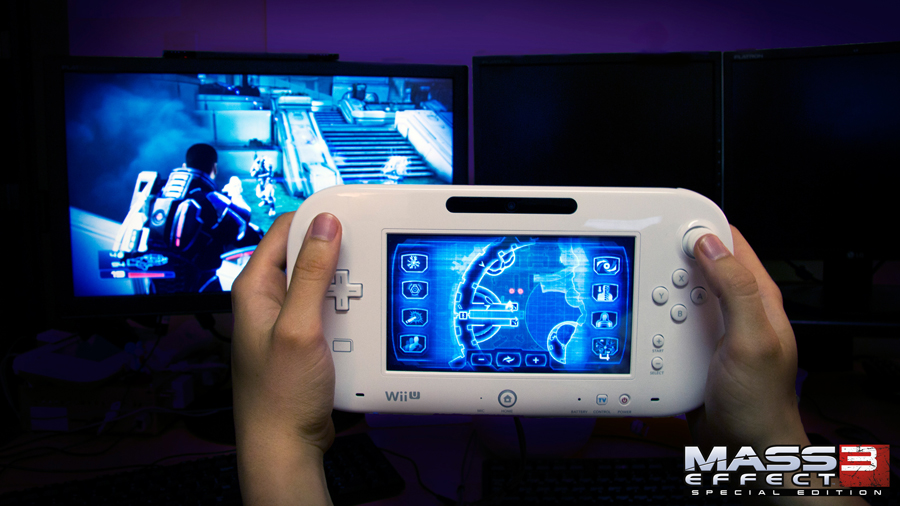 I knew I was getting a bit of deja vu here. Something like this has happened before, but not by Capcom. It was by none other than the gaming industry’s favourite punching bag: Electronic Arts. More specifically in regards to porting Mass Effect 3 to the Wii U.

While every other console at the time got the Mass Effect Trilogy, comprising of all three games, Wii U owners got the sad end of the stick with only getting the third game in the franchise.

It only makes it worse that Mass Effect is a game that can only be significantly enjoyed if you have played it from the very first game of the series, as every choice you made in Mass Effect carries over to the third game. I had a Wii U and I’m definitely glad I didn’t buy it as playing from the third game definitely doesn’t show you why the franchise is hyped up as much as it is.

Actually, you can even argue that Mass Effect was the worst game franchise that EA could have brought over to the Wii U, especially if they weren’t going to port the game right. Either way though, EA doesn’t get to do a half-competent job and then have the spine to say they’re not making games for the Wii U because “the market is too small“. 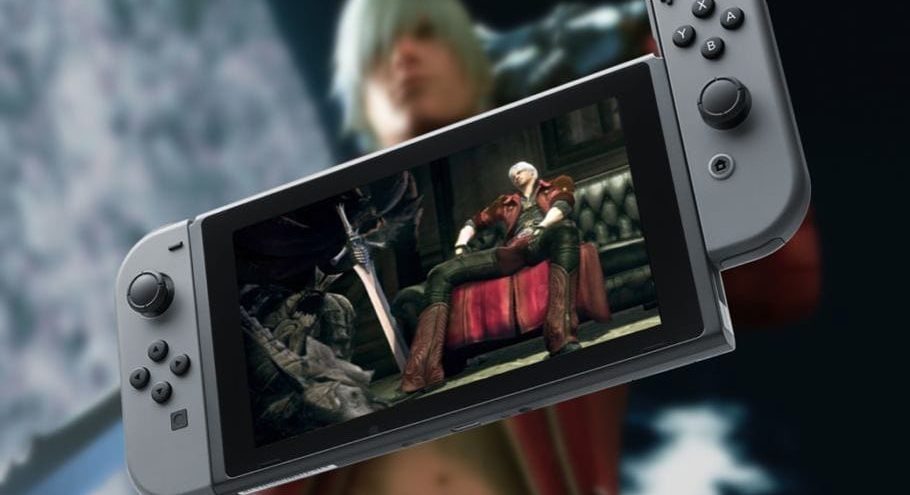 But enough with picking on Electronic Arts, let’s look at the “justifications” Capcom could possibly have.

This isn’t the same situation with the Wii U where publishers didn’t see the profit in porting games to Nintendo’s platform. The Switch is hugely popular. It even outsold the PS4 in Japan recently. There is definitely an audience there that would buy Devil May Cry.

The Switch has already proven it can handle graphically demanding games, with the right amount of tweaking at least, but this shouldn’t be the case at all for Devil May Cry.

So yes, it would be even less demanding of a game than something like DOOM Eternal.

Devil May Cry for Switch is only going to have a digital release. It’s hella expensive but they are 512GB capacity SD cards on sale which are more than enough to hold three remastered games from the PS2 generation.

The Devil May Cry games are classics. I reckon the demand for them is going to be there for a long time. Actually, waiting a tad bit longer for the full collection would even be better as some persons may feel a little fatigued since Devil May Cry 5 released not that long ago (March 8th 2019).

Okay, Beth, then why would Capcom do this?

(I couldn’t find a good gif of this meme lol)

I am willing to hear what justification Capcom could possibly have for making Switch owners pay for a SINGLE game that others have the privilege of buying the HD collection for.

Don’t think that Capcom hasn’t done something like this before. Look no further than Resident Evil Revelations 2. They cut the game into episodes in the most bizarre attempt I’ve seen at making an episodic game.

With the Switch being a hit as much as it is, what you’re seeing is Capcom trying to see what persons are willing to pay for Devil May Cry on the Switch.

At the time of writing this, there hasn’t been a price announced for the Switch version of Devil May Cry, however, that doesn’t stop us from making some pretty good speculations on what it would be.

Right now Devil May Cry HD Collection sells for around $30 USD. We can assume that Capcom is most definitely not charging anything below $10 for Devil May Cry [Switch Version], perhaps they may even reach for $15.

At first, it would seem Capcom doesn’t have much to gain as the total price of each individual game would equate to the same price of the HD Collection, but remember that the Nintendo Switch release is coming in summer. That would be more than enough time for the value of the HD Collection on other consoles to go down, while Capcom can charge full price on each individual release on the Switch.

It’s business smart indeed, but the consumer is the one who being is taken advantage of here. And that’s assuming that they might actually release the other Devil May Cry titles. I personally do believe they will release the other titles eventually, but I’m not holding my breath either because it’s just as likely as for them to not bother later on.

One theory is that Capcom may have been thinking that they would charge $40 for the Devil May Cry HD Collection on Switch but decided that would look bad on their part, so instead, they decided to release the game separately to mask the fact that the consumer would be paying more for each game over a longer period of time.

Sure Capcom games go on sale often enough, but the initial day of release is where a significant amount of sales is always generated.

You know, I was starting to really think Capcom has finally turned things around after years of disappointing their fans. They’ve released highly praised games for some of my most favourite game franchises like Resident Evil and Devil May Cry. They have just been knocking it out of the park.

However, in my honest opinion, the Switch’s Devil May Cry release shows that Capcom still has a bit of its greedy side from the days of on-disc DLC.

Relive the adventure that introduced the legendary Dante to the world with the original Devil May Cry, coming to #NintendoSwitch this Summer. pic.twitter.com/Hh8hFDnLQK