If you were one of the unfortunate people to bear witness to the Sonic the Hedgehog movie trailer, then you’re probably aware just how…umm…“unique” Sonic looks in the upcoming movie. And If you haven’t, then now is a good time to see why the internet isn’t so happy with Sonic’s live-action design.

When I saw the trailer myself, my reaction could be summarised as:

Sonic in the movie looks like something that escaped out of a nightmare realm, which is ironic since I’m sure the movie is targeted towards kids. If you’ve grown up playing Sonic games like me, it’s almost painful seeing one of gaming’s most iconic characters bastardised in such a way. 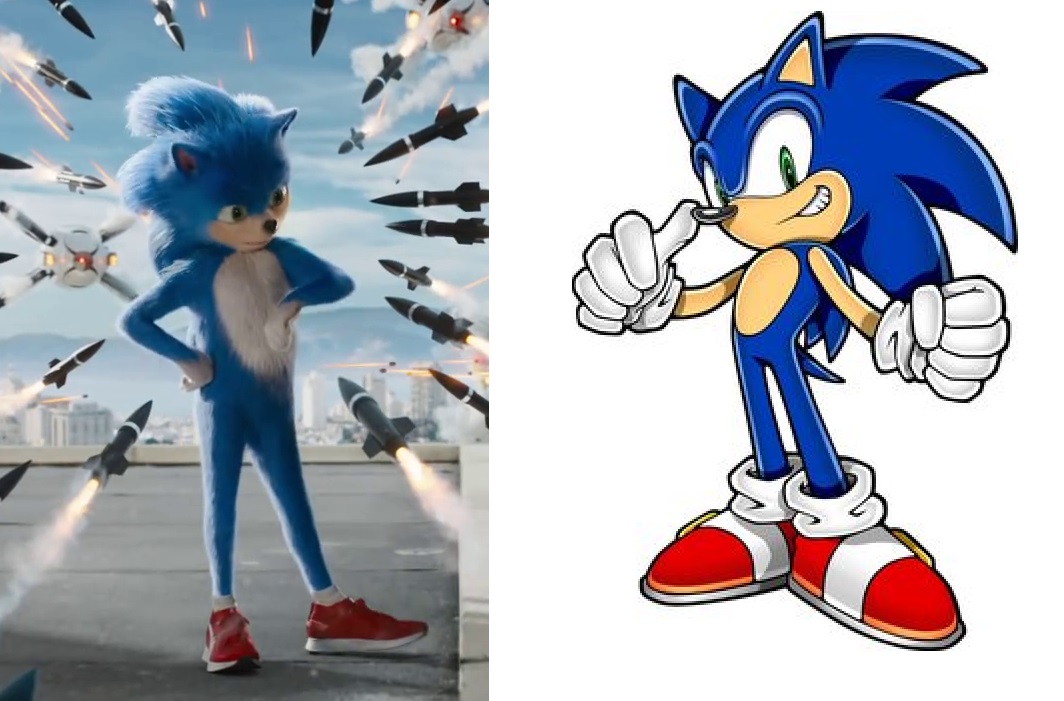 Just how did something like this even leave the drawing board with approval?! If any of the lead designers had any respect for transitioning Sonic to the big screen, then this would not have been considered for the final draft at all.

Granted, not every part of the Sonic design in the trailer was bad in my opinion. They were shots that I thought looked fine enough, with a few edits at least, but it’s greatly outweighed by the overall hideous live action design of Sonic.

The only good thing about the trailer was Jim Carrey as Eggman. Not the perfect fit in terms of physical appearance, but his performance as Dr. Eggman is really humorous and I like it a lot. However, the movie isn’t about Eggman, it’s about Sonic. 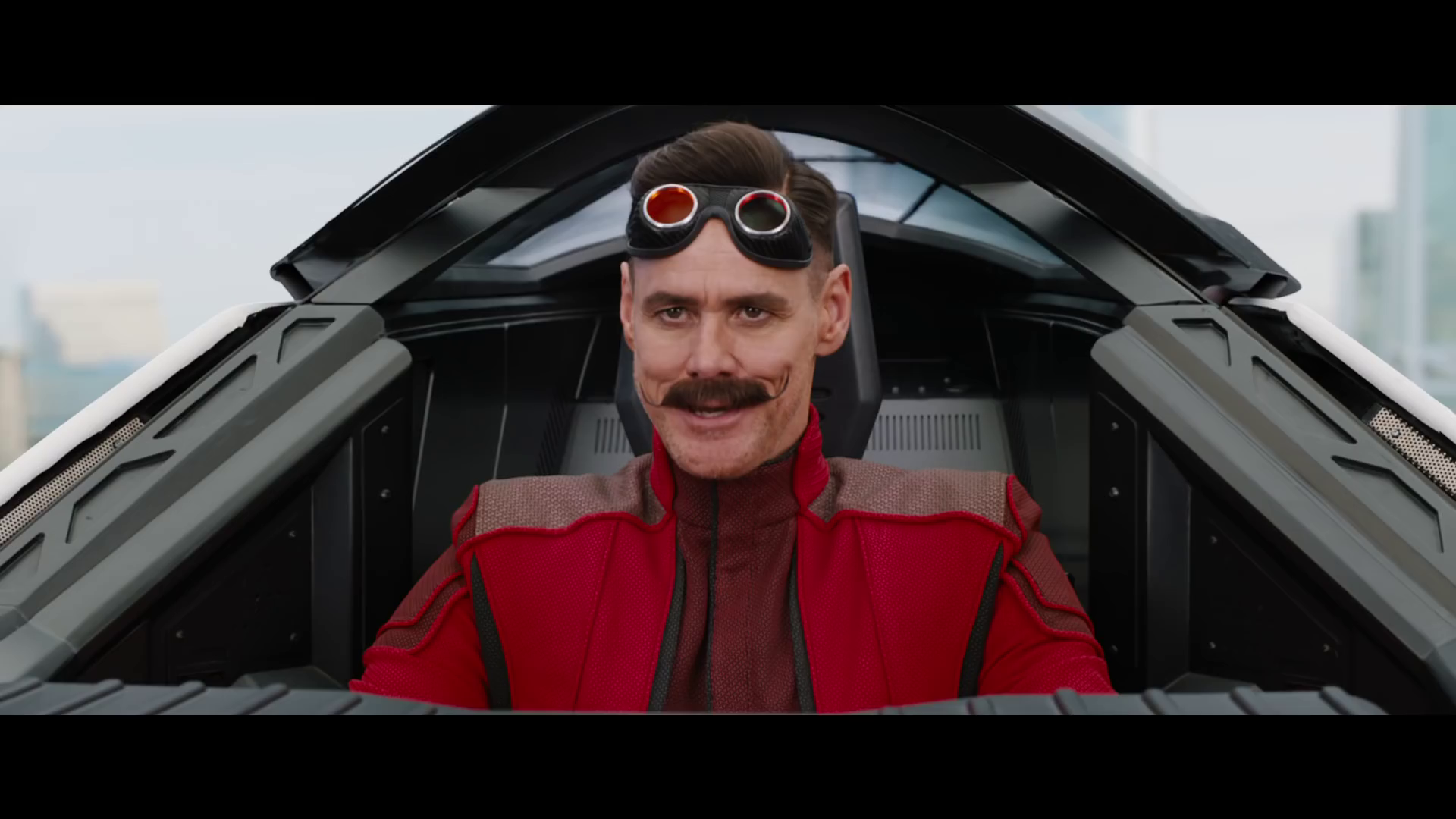 I’m pretty sure no one is expecting a great Sonic The Hedgehog live action movie. Just the act of turning Sonic into a live-action film automatically cancelled out any hope that it would be decent. However, when the CGI of the movie’s main character becomes so egregious that it makes you want to throw up, that is when you know there’s a huge problem that needs to be urgently addressed.

On May 2nd, the internet would sing praises when Jeff Fowler, the director of the Sonic The Hedgehog movie, said that they have heard the criticisms of Sonic’s design and they will indeed fix it before the movie’s release.

Thank you for the support. And the criticism. The message is loud and clear… you aren’t happy with the design & you want changes. It’s going to happen. Everyone at Paramount & Sega are fully committed to making this character the BEST he can be… #sonicmovie #gottafixfast 🔧✌️

Not only was it fantastic news, but it was almost unexpected. Usually, when it comes to movies receiving internet backlash, Hollywood movie makers usually just ignore their critics or even blame them. To see Jeff Fowler actually commit to making the movie better in regards to the backlash is highly commendable. It really does show that he cares that people will enjoy the movie instead of doing it for a paycheck.

But what people took issue with was the last bit of Fowler’s tweet “#gottafixfast“.

That automatically sent red flags in my mind. Artists being forced to rush and edit a blockbuster movie with so little time to release sounded like an absolute nightmare.

If you’ve been keeping up with gaming news recently, you’ve probably heard the word “crunch” quite a bit.

Crunch in the videogame industry is when employees are forced to overwork themselves to meet the deadline of video game release dates, even if it critically affects their mental or physical health. In the case of the Sonic the Hedgehog movie, Visual Effects artists would have to work overtime under immense stress to meet the original November 2019 release date.

I’m pretty sure people were also hoping the movie would get delayed because any artist will tell you that rushing any artistic work will always lead to an undesirable final product.

We can put our fears to rest though because as of today Jeff Fowler said the Sonic The Hedgehog movie will be delayed to February 14th 2020, which honestly almost feels surreal that it even happened.

A lot of us were indeed hoping the movie would be delayed to fix its issues, but some of us were also highly sceptical of it actually happening since getting a big budget movie such as this to be delayed for purely artistic reasons feels like a massive ask of most Hollywood movie creators.

It really does make me happy that Jeff Fowler and his team delayed the movie, as Sonic deserves so much better than the original trailer, and the only way they can do that is with time and artistic integrity.

With all that said, will the movie be great? Far from it lol. Cleanprincegaming went into a whole discussion on why it’s next to impossible for Sonic The Hedgehog to be a good movie, so I won’t go into too much detail here.

However, even if the movie isn’t that great, persons will be able to rest easy knowing that the movie looks visually appealing (assuming the redesign goes as envisioned). If Transformers can get away with it, I don’t see why this movie shouldn’t.

But what I hope more than anything is that they stick more closely to the original sonic design this time around. I really hope they’re looking at all the awesome redesigns done by artists on the internet. In the image posted with the tweet, Sonic has gloves, so this already looks like it’s going to be a big step up!

I don’t know why people keep calling me a furry just because I find this version of Sonic hot. I am not a furry, guys! I just think they’re cute!