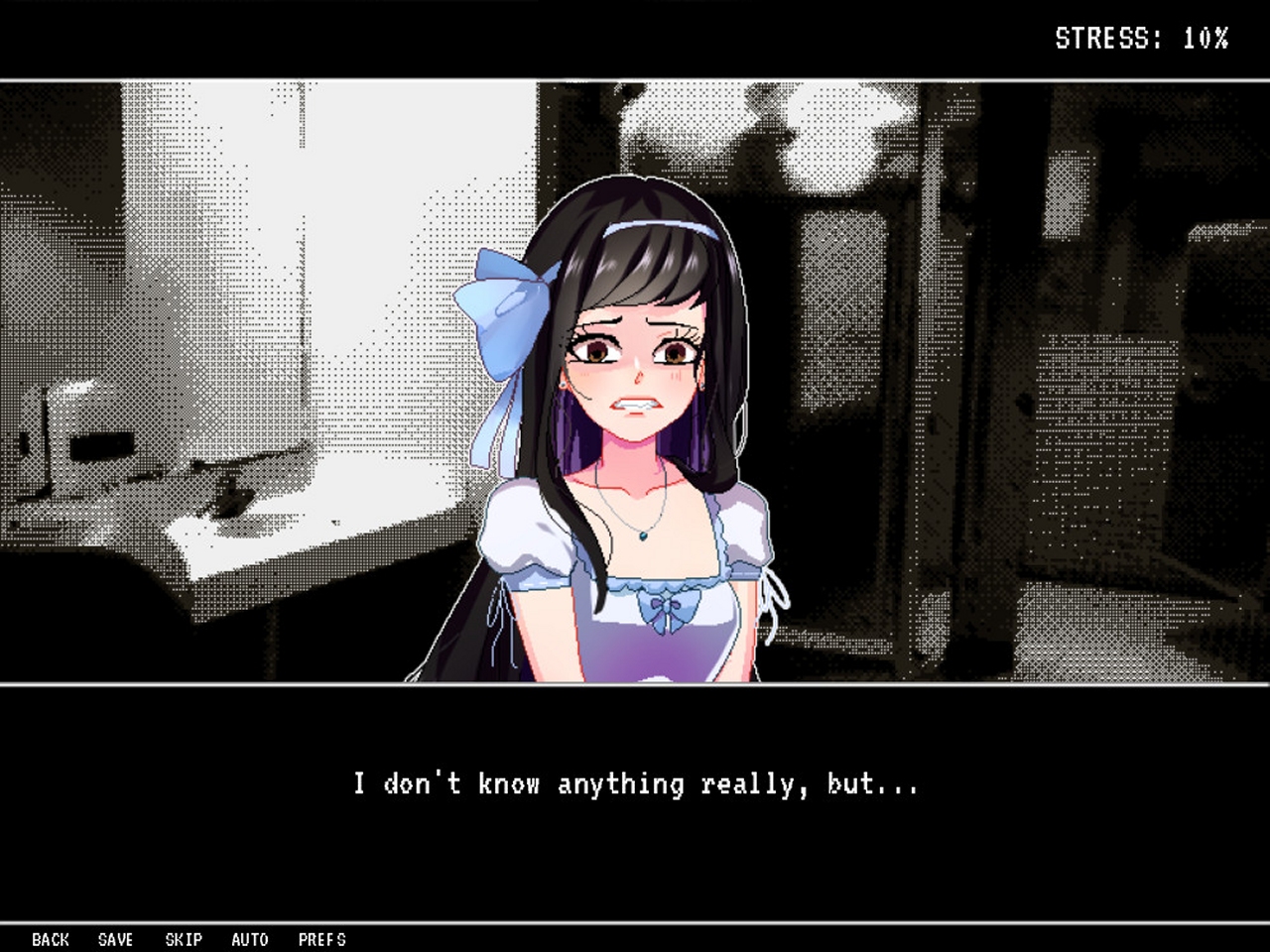 It makes me wish I was reading something else.

I really love the retro aesthetic Lynne has going for it. The art style really does it justice and makes it appealing to look at. The music also plays on your nostalgia. It’s not great by any means, but good nonetheless. But unfortunately that’s where the positives end.

The writing of the visual novel feels really drawn out and rarely progresses the story into any interesting direction. When it does, it’s usually very short lived. The story feels like it is lost in its own limbo.

I can see where the visual novel is trying to go. It’s trying to capture what it likes to be a teenage girl that’s dealing with her daily struggles. But as a girl myself, I think it only captured a fraction of what it likes to be a teenage girl dealing with troubles, and even with that, it doesn’t do a good job to make me sympathise with the protagonist. There’s so much more going on to what she’s dealing with and I believe her problems and the people around her should have been expanded upon in a little more detail to add depth to the story.

This visual novel would have greatly benefited from having choices to choose from in your interactions with other characters. The protagonist rarely does anything meaningful and it just feels like she’s constantly whining about the world around her. I won’t be too hard on her because I wasn’t really much different myself in secondary school (lol), but you think that this visual novel would at least have something like choices to not just makr a branching story, but to also add significant plot to the story to make it a more enjoyable read.

The story concludes in one of the most stupidest, anti-climatic way it could of and just makes me regret reading the entire visual novel. I was pretty much speed-reading the visual novel to find ANYTHING that made the story at least somewhat intriguing. Unfortunately, besides for it’s neat aesthetic, I think Lynne is a visual novel that can be avoided if you prefer something with more substance.

The Waters Above: Prelude

Mesmerizing art, but I’m not sure where the story wants to go.

I don’t really get the story The Waters Above: Prelude was trying to tell with its four different short stories. Even the details that may seem to intrigue the reader feel like they didn’t quite do their job.

The main story focuses on the relationship between two girls, but there was never really a point in the story where their relationship genuinely interested me. Not even the characters themselves caught my interest too much. They lack something in their character to make them uniquely charming, thus feeling quite unimportant. However, I think this is something that can be remedied if more background was giving on the characters.

I can’t really say there is a good story to be found here, as it leaves much to be desired. However despite that, there is one thing that makes it worth checking out at least:

The art is amazing. Like truly gorgeous. I don’t think I’ve ever seen characters in a visual novel look so vivid before, and it makes reading it very relaxing. And then there is the music that has such an elegant symphony that suits the cute art style. It works as a pair that just gives you this feeling of euphoria.

What “The Waters Above: Prelude” lacks in intriguing characters or story is redeemed in its mesmerizing art and touching music. If the full game can tell a much more enticing story than its prelude, than there is little reason why this visual novel shouldn’t be highly praised.

I think someone is spying on my life.

I don’t think I’ve ever related so much to the protagonist of a visual novel before in my life.

Life’s a pain. You know what makes it a bigger pain? Social f**king anxiety. Something as simple as getting oatmeal turns into an exercise of stress and frustration.

I even found myself having trouble beating the game because I know exactly what’s like to be in the protagonist’s shoes and I would have easily gone for the safer option any day. But at the same time, you have to gain that little bit of courage to get through the day of what you’re doing or you’ll find yourself unable to do the most basic things.

The art is freaking fabulous and it was like I was reading an animated graphic novel. It’s very short but achieves everything it wants to show you: The simplest things to other people can be someone else’s worst nightmare.

Download “The Average Everyday Adventures of Samantha Browne” on Steam