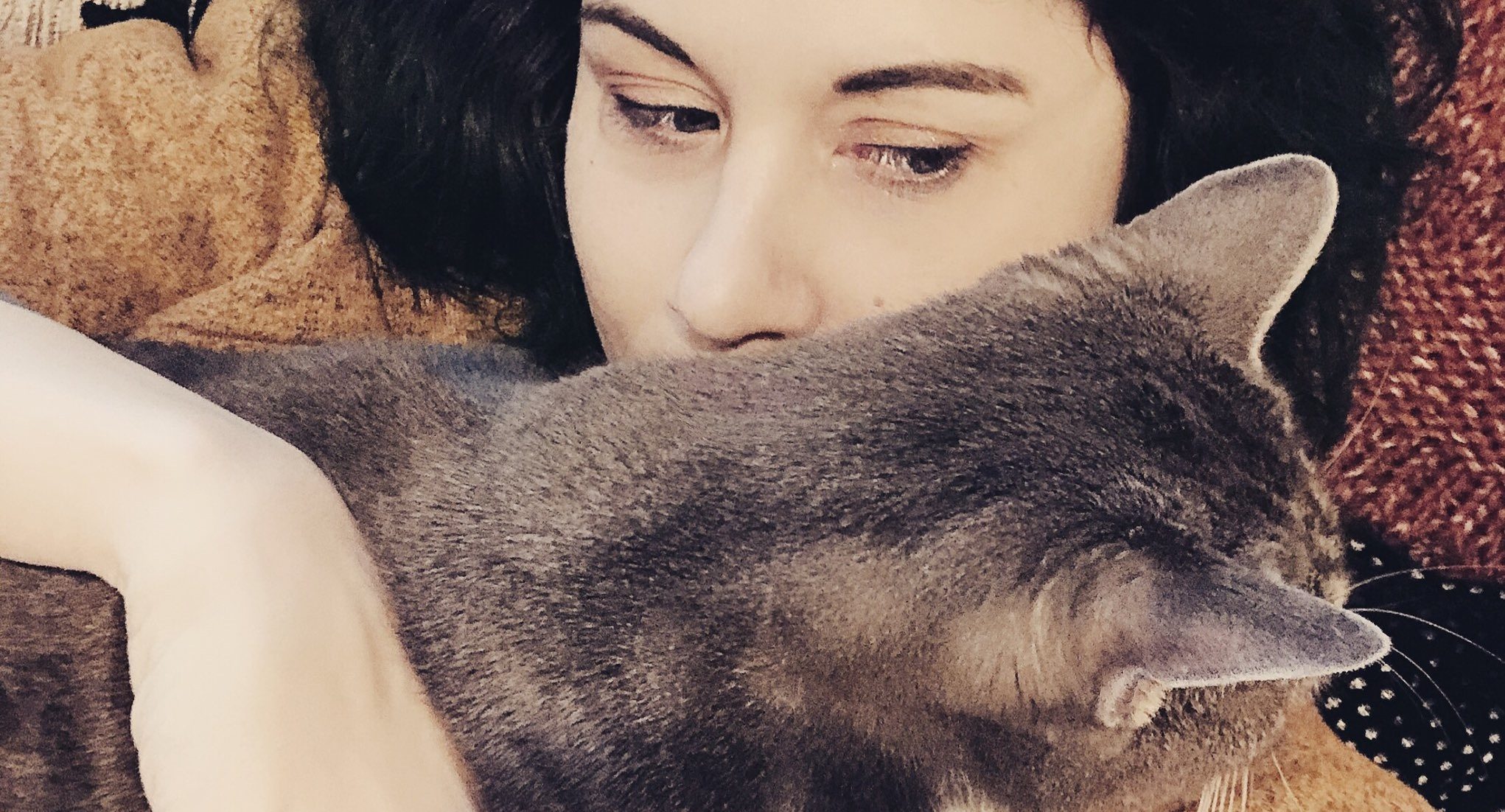 Please, I don’t want her to be added to the list of persons we’ve lost so far.

Before going into this, I just want to say that I’m not here to convince anyone that Holly Conrad did anything right or not in the midst of the ProJared controversy. I’m only here to voice my concerns as someone who knows what it’s like to suffer from depression and suicidal thoughts, especially following social media backlash.

Holly Conrad found herself in the middle of the ProJared controversy as being the person Jared slept with, even though Jared himself was married to his now ex-wife Heidi O’Ferrall.

From the beginning, I didn’t want to cast judgement on Holly in this situation until I knew the reason behind her actions. As someone who has been taken advantage of by a friend to feed their sexual desires, if Holly had no ill intent, then she was not to fully blame for the circumstances that occurred.

It would be later revealed that Heidi had the controversy planned to sabotage the careers of Jared and Holly.

Heidi “conveniently” didn’t mention that she and Jared were having a polyamorous relationship when she broke the sudden revelations about Jared and Holly. Critical information was left out to make both of them look as bad as possible. Now while I don’t care much about Jared as he deserves every trickle of hate that comes his way for sexually exploiting of minors, Holly on other hand got caught in a heated crossfire that was unkind to her.

Heidi knew of the internet’s tendency to instantly condemn people with the power of allegations, her being popular enough to not go ignored like Jared’s victims. The internet has fostered a “guilty until proven innocent” mindset, and I’ve learned first hand that the internet favours the victim that comes forward first. The initial start of controversy is where it’s at its strongest and only the most dedicated fans will care about the details to later follow. Because Heidi had been the sole victim in all of the controversy, having been cheated on by Jared who was also discovered to be a sexual predator, there wasn’t anyone that would stand against her.

Why didn’t Holly come forward when she had the chance?

The simple answer is that she admitted herself to a mental hospital since the chances of her self-harming due to the incident were high. While she would have benefitted from coming forward right away, I’m glad she rightfully prioritised her mental health above the controversy, as that would have led her down an even darky rabbit hole.

I have not spoken out sooner because on May 9th, I checked myself into a hospital because I was having self-harming thoughts. I’m not ashamed of this at all, it was the right thing to do and I was safe there. It’s OK to ask for mental health help when you need it.

A week later, she came out to voice her side of the story where she revealed that Heidi omitted certain facts such as having a polyamorous relationship with Jared and even Heidi having her own boyfriend.

Even though Heidi wanted Jared to part take in the open relationship with her, Heidi later got jealous and aggressive. It would even seem that Jared was a bit of a victim himself in the marriage. According to Holly’s tweets, Heidi was practically out for blood. She was even gloating about the controversy on her private Facebook, which wouldn’t reflect the actions of someone who’s been in an abusive relationship. And if it does, it would be a clear sign of suffering from mental distress.

Now on a quick note, if what Holly says is true and Jared was a victim in this relationship, then it still remains hard for anyone to sympathise with him considering he still solicited nudes from minors. You can even say he deserved it, even though I don’t condone wishing an abusive relationship on anyone.

I’ll be honest, even with Holly coming forward, it’s hard for me to definitively say what the actual facts of the entire story are. However, I’m willing to put Holly’s involvement in the controversy to rest and focus on the current events at hand. Whether you believe she did something wrong or not, she’s a human being like everyone else and is prone to making mistakes.

Ever since Holly Conrad decided to use social media again, she’s been constantly bombarded by trolls on the internet looking to make her life miserable. No matter if she’s telling the truth or not, these persons don’t care what she says and are only there to watch her fall.

I’ve been saying that Holly should take some time off from the internet. She’s getting offline help, and that’s great, but I’m worried that it’s not enough for what she’s going through. Her twitter posts can be pretty depressing and show signs of someone wanting help.

Sometimes I stop eating because I think I deserve to starve. So pretty #relatable to this. It sounds like you may need a social media break and focus on the friends closest to you 🙂 <3 I wish you the best.

This became more apparent when I saw her recent posts regarding Etika’s suicide. She apparently compared her situation to Etika’s, which I can see why she would as both of them suffer from mental illness. However, this wasn’t “appropriate” for some people and they attacked her because of it.

I already talked about this in my other article regarding Etika:

“I’ve already talked about the controversy she was involved in with Jared and Heidi. You still hate her, even with stating her side of the story now? Fine, be my guest, but don’t you dare fucking invalidate ANYONE suffering from emotional mental distress.”

Source: Etika Is Gone And I Hate Internet Culture More.

You can see she’s really trying hard to appease the people who hate her on the internet, which I’ve learned is impossible to do. No matter what you do, someone on the internet hates you for doing something as simple as breathing.

This is why I’m concerned about Holly Conrad. I feel like social media is constantly eating away at her mental well-being.

I know it’s hard to leave social media. I’ve used Facebook since forever, but even if I do get bad experiences there, it’s the place where I met most of those who care about me. But Holly’s sake, I think she needs to find someplace that is more secluded, yet being able to keep her true fans close for positive affirmation.

I tweeted this again, and deleted the last tweet, because some people thought it was manipulative. It was just me feeling less than worth of anything, and self-harming by wanting punishment. It’s hard to explain. I’m working on that in therapy. Please forgive me.

Unfortunately putting her twitter on private isn’t exactly a good option either as it can feel like punishing her fans that did nothing wrong, but that shouldn’t be the case either because those fans most likely care more about her being alive and well than having the chance that she’ll interact with them.

I’m scared that if this continues, Holly Conrad may be the next person that leaves us.

To Holly Conrad, if you get a chance to read this:

As someone who suffers from depression myself, please stop punishing yourself and take time out for yourself. Get away from the toxicity of the internet and hang out with those who truly care about you. Whether you were wrong or not, we all make mistakes. You shouldn’t have to appease everyone just because of one decision, especially one that wasn’t completely in your control. Battling trolls on the internet every day is not worth what it’s doing to your mental health. Please, take another social media break if you have to and don’t let voices of hurtful people take you down. You’re stronger than they will ever be.

Holly put her Twitter on followers-only <3 I hoped she saw my article! 😀

✿ Special thanks to Sophie Stormwind for being my first patron and Jessa Hurty for buying me my first coffee on Ko-Fi! ✿

✿ Special thanks to Nat Roberts, Stephanie Elise, and Deanna & Maddison for contributing to my Paypal in my time of desperate need! ✿ Love you all so much! o(TヘTo) *big kisses* ♥♥

I am an artist and writer from Barbados (residing in Canada) who's using her talents to create entertaining and informative content. I'm terrible at proofreading my work, so I apologize for any errors you find. o(TヘTo) You may contact me at bethaniaarts@gmail.com for any inquiries.
View all posts by Bethany Edelgard →
Subscribe
1 Comment
Most Voted
Newest Oldest
Inline Feedbacks
View all comments

Holly Conrad’s mental health issues are performative. She is a textbook example of a mental health profiteer, the entire rest of her shitty behavior aside.