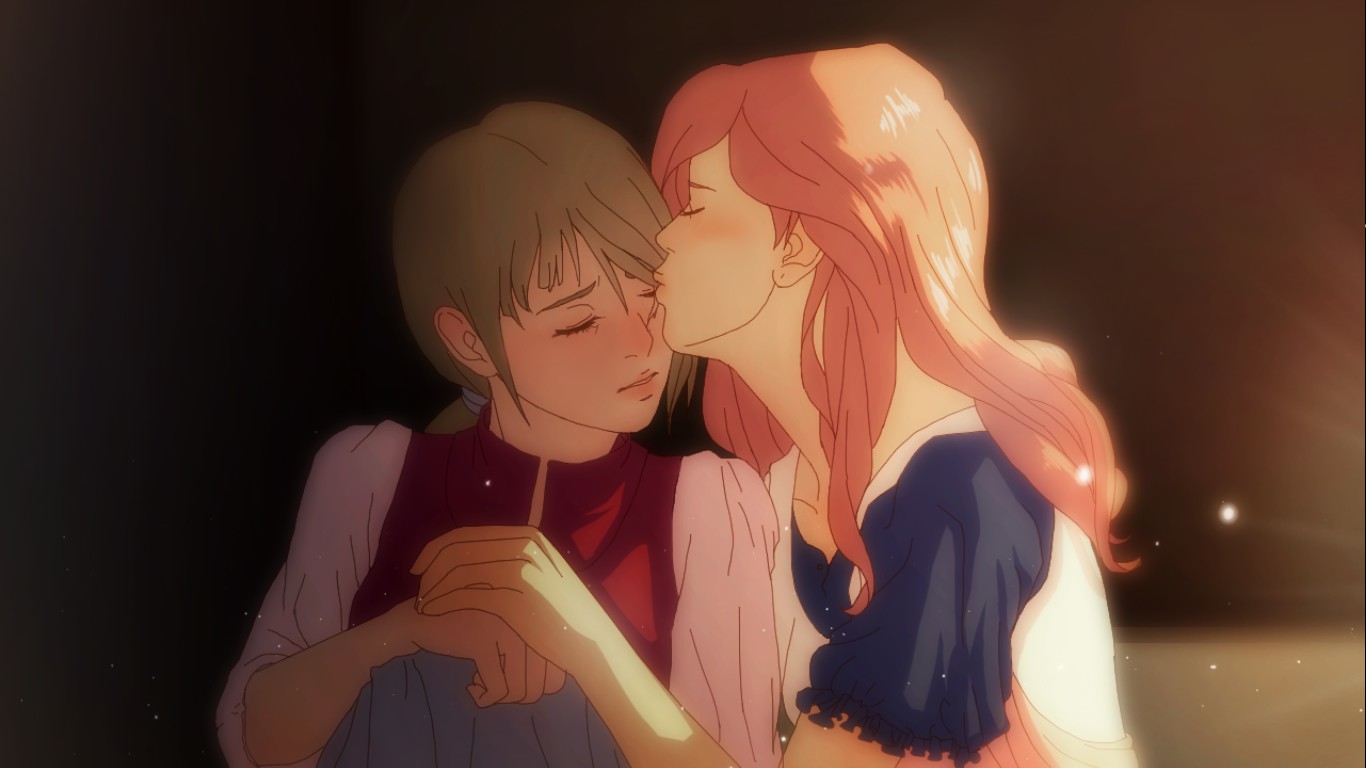 A romance visual novel you need to experience.

CUPID honestly left me speechless. It was just so beautifully romantic and enticing. You can tell that it was aimed at a female demographic just from how elegant the story is.

I think this only the second visual novel that has ever made me not want to stop reading it for any reason. I was always so excited to see what happened next. The mystery isn’t as simple as one thinks and it really gets you hooked.

Not once while reading CUPID I thought, “ugh, I wish this character wasn’t here”. Not only is every character important, they’re all very likable and interesting.

The artwork and illustrations are simply spectacular. They were all drawn with such a graceful art style, enough so that you’ll fall in love with the characters almost purely on art alone. The artist, credited as ‘ameliori’, should be proud of how well they were able to illustrate everything. The musical melody of the visual novel only helped to reaffirm CUPID’s enchanting art style.

One of the three downfalls of CUPID was the story telling perspective. You can never quite grasp immediately who is supposed to be telling the story. Is it from the mother’s perspective? The protagonist’s perspective? or just an entirely third person perspective? It doesn’t help that perspectives changed with little notice and this leads to a bit of confusion that takes you out of the experience.

The next down fall were the choices allowed. During the entire visual novel, you make Rosa’s choices as her cruel mother, and most of the time every choice wasn’t ethically good as you’ll find yourself emotionally abusing Rosa. I understand that Rosa’s mother is an abusive parent, but I don’t think anyone wants to be put in the position to hurt the protagonist of the story.

The last downfall, but more of a subjective one, is that as someone that was interested in all the fine details and lore of CUPID, it was a little annoying to that you’ll miss out on some pretty significant information if you play the visual novel one way. I kinda wish there was just an archive of information within the game to let you know of any fine details that you missed that your playthrough didn’t reveal, or perhaps a side story that explains everything. The reason I said this was more subjective was because some may say the point of the visual novel is to repeat it until you unlock everything you’re looking for, but I find that rather tedious.

Satisfied with my initial playthrough of CUPID, it really left a vivid impression on me. I got an ending I was very satisfied with and the visual novel is one I love so much that it puts a good amount of paid visual novels to shame. I only wish there was some form of DLC for it so I could permanently add it to my library just because of how much I adore it.

Her Lie I Tried To Believe

I really don’t think there’s much I can say about this visual novel without spoiling it. It’s gets really dark and plays with a lot of your emotions in a way that leaves you so conflicted, yet intrigued. In terms of art and music, I would say it’s all pretty average, but the biggest high point comes in the visual novel’s characters and the use of dark emotional psychology.

I command you to read “Her Lie I Tried To Believe” this instant if you like dark, psychological visual novels!

Download “Her Lie I Tried To Believe” on Steam.

More depressing than it is heartbreaking.

I really like the art style of Ambre, as it matches the child-like theme of the visual novel perfectly.

The story was a little weird and confusing at first, but then the story started to piece itself together and it made sense. A tad bit predictable but interesting nonetheless. The story revolving around the two characters touches on a rather emotional topic that I believe more people should talk about, so that’s also nice.

I believe any person who wants to be a mother or is a mother would be able to deeply sympathised with Tristan’s wife, including myself who can’t bare children either. It’s simple to think that this could be easily resolved if Ambre either adopted or had someone carry her child, but then it gets into the deep psychological aspect of someone who just can’t accept reality and therefore regresses their age to deal with their trauma. This is kind of psychological disorder is in fact a reality for some people. Seeing it through her husband’s eyes only makes it much more depressing.

Ambre has no happy ending, and it’s kinda a shame it doesn’t. I know not everything can have a happy ending, but it would be interesting to see how the writer was able to solve something like this into a happier ending without relying on some sort of “Deus Ex Machina” in the story.

In all, I wasn’t blown away by the story itself but it did leave a memorable impression on me. And since it’s free, it’s all the more reasoning to give Ambre a worthwhile shot.