I let out a huge gasp as my eyes flew wide open. I could feel my heart racing. The first thing I saw as I open my eyes was a girl standing over me with her hands directly on my stomach. Remembering it now, it was where I was critically injured. Where I got stuck with that electric bolt from that crazed girl that was in my home.

“Thank goodness! You’re awake!”, she shouted with excitement as she looked directly into my eyes. Her hands were glowing vividly green. I wasn’t sure what she was doing to me, but it felt strangely relaxing. It also helped that my back was laid against what seemed like a soft mattress. Tilting my head would reveal that, judging from the interior, I was in some sort of van. An ambulance? No. The dark colours of the interior and lack of medical equipment is telling me a different story. Not to mention my “medic”, didn’t look quite like a medic from the way she was casually dressed. Then she stopped what she was doing.

“I’m glad you’re awake.”, another girl’s voice spoke. I started to lift my body and stood upright on the matress, and then I locked my eyes with someone very familiar across the van. This other girl stood next to the seemingly innocent medic girl against the wall of the van. I know her. She was the one that brought down the roof, literally, on that electrific girl. “How are you feeling?”, she asked looking at me.

How am I feeling? I feel like my head is about to explode with a billion questions. There is so much going on here that it hurts to even think about it all.

“I’m…”, I tried to gather my thoughts, “very confused. Like really, really confused”. It was all I can manage to say.

“As expected.”, she replied as if knowing that was going to be my answer, “It seems like Sasha was able to take care of your injuries. As you can see we had to change your shirt that was pretty burnt.”

I looked down to see what I was wearing. It was a red shirt with the initials ‘G.A.T’ on it. Then it hit me: My stomach. I lifted my shirt to reveal just my normal, not bleeding, skin. I was one hundred percent certain that the last thing that happened was that I was bleeding out, yet it feels as though nothing of the sort happened. It was as though I was dreaming it all.

“Don’t worry”, the medic girl, who I’m going to assume is Sasha, began to speak, “I applied some first aid to you”. She raised her hands and smiled. “It’s like you weren’t hurt at all. You’re in a safe location away from anyone that could hurt you”.

First aid? No way. This was much more than just first aid. First aid would me covered in bandages with a wound that could reopen at any second. It doesn’t really take me watching all the seasons of Grey’s Anatomy to know that. It is impossible for me to heal this quickly. It’s almost like I was healed with magic.

Both of the girls noticed my uneasy expression as they looked at each other.

“I’m sorry”, the other girl spoke, “this must be a lot for you considering what happened. There’s too much to go into right now at this moment, but I’m going to try explain the important bits. My name is Chante. The girl right there that was taking care of you is Sasha”. Sasha started to wave at me as if saying hello. “We are part of a special unit called G.A.T that was sanctioned by the United States of America and the United Kingdom governments. We are tasked with preventing persons such as yourself from being killed in what are orchestrated attacks by a shadow terrorist group known as T.U.R.F”.

Wait, what?! That was pretty much all that was going through my head at the moment. I didn’t need this to get more complicated that it already was.

“Yeah I know. Crazy, right?”, Chante chuckled to herself a bit. She seemed to be trying to make a dark situation less unpleasant, and although I commend her for trying, it wasn’t really working. She started to clear her throat a bit. “T.U.R.F is a cute spin on the normal abbreviation for T.E.R.F. I assume you know what TERF stands for?”

“Trans Exclusionary Radical Feminism”, I replied. Yes, I know what TERFs are. They’re people that see transgender persons as less than what they are. I’ve run into them on more than one occasion myself, whether it was online, or in public.

“Correct. The shadow group T.U.R.F is basically every bad thing you know about TERFs amplified by one thousand percent. Their acronym stands ‘Triumph United Real Females’. These aren’t people who just hate transgender people, Emilia, these are people that will stop at nothing until every trans person on the planet is erased from existence”.

The air went silent and dark, as if in-tune with Chante’s narration. A chill ran down my spine as she ended that sentence. Sasha had a look of sadness on her face. This isn’t something straight out a novel, you’re tell me this is literally happening right now?! It doesn’t help that Chante knows my name as if we’ve been friends for ages.

“I’m sorry to say, you’re being targeted just because you don’t have the same biology as other girls”. She paused for a moment. She seemed to be giving me time to process what was going on. “But you don’t have worry”, she started to smile, “This is why G.A.T was created. We are the Girls Against TERFs“.

At this point she was practically grinning to herself as if she was completely pleased with herself.

“So you’re saying that you’re basically like a secret government police force but who protect trans people against this T.U.R.F group?”, I wasn’t even sure if that was the right answer I was looking for.

Well this just got a whole lot more…”interesting”. It feels like I’m in some sort of fictional novel. I began to take a deep breath.

“Okay, I understand. It would explain how you know my name if you’ve been assigned to protect people like me, but it doesn’t explain how there’s someone that can shoot lightning from their fists, nor does it explain why it’s as though I was never injured at all. None of that is possible.”, I tried to explain from my perspective and then a sudden realisation hit me. “Oh no! Where is my father?!”, I accidentally shouted and started to become severely anxious.

“Calm down”, Chante tried to put me at ease, but it’s hard to be at ease when my dad is missing and now I’m being told that some group is out to kill me. “I’m sorry. We have reason to believe that your father was kidnapped by TURF. Right now GAT is  investigating what happened, but knowing TURF, my best guess is your father has something they want. They usually leave family members of their victims alone, so it’s strange that they would kidnap your father. As for the impossible stuff, I’m going to have to explain that as we hit the road. Right now being here is putting ourselves in more danger. We don’t know if there could be more  TURF members after you right now, especially since that girl you were up against is now being held for questioning since we were able to stop her”.

We? No, I almost got zapped into oblivion. You’re the one that practically crushed Ms. Electric.

Chante and Sasha started to move from the back of the van into the front seats. Chante maneuvered her way into the driver seat as Sasha moved into one of the passenger seats. I followed their lead and sat next to Sasha. 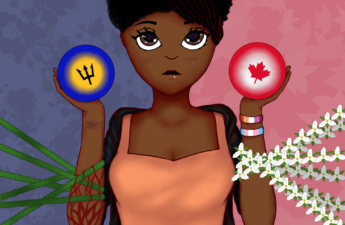